A Cambodia Trip is not complete without visiting Angkor Wat, one of the Seven Wonders of the World. Situated deep into the Cambodian jungle near Siem Reap, Angkor Wat Temple is world’s oldest and largest religious monument and among the significant UNESCO Heritage Sites in Southeast Asia. It was built in traditional Khmer style of architecture in the early 12th century as a replica of the universe. Though many of the temples strangled by giant tree roots, ancient carvings are cracked at the joints and massive sandstone walls lie down on the ground, this ancient site draws more than two million tourists every year. You want to know why? Check here the list of 7 interesting facts about the Angkor Wat Complex that will help you optimize your trip to this historic region of Cambodia as part of Cambodia Tour Packages.

1. The Largest Religious Monument in the World 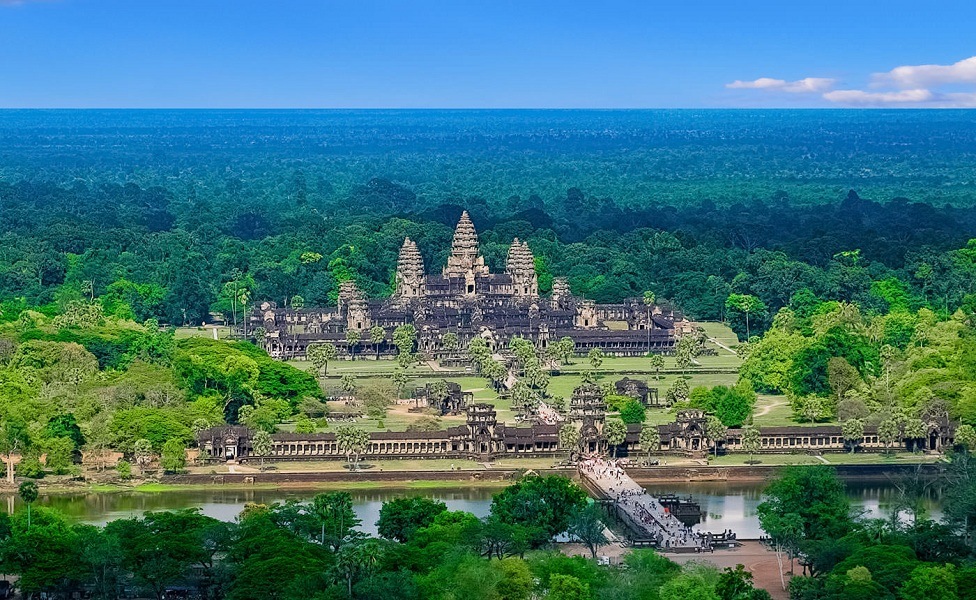 Spreads over an area of 400 acres, Angkor Wat is said to be the largest religious monument in the world as it is a collection of more than 1000 temples scattered all over the complex at distant places. Angkor Wat, which means ‘temple city’, is surrounded by a 600 foot wide moat in the shape of a giant rectangle that is almost a mile long on its longest sides. The complex’s main temple, Angkor Wat is four times bigger than Vatican City and took over an area larger than modern-day Paris. Built originally as a Hindu temple dedicated to Lord Vishnu, it was converted into a Buddhist temple in the 14th century. Angkor Wat is the main reason that more than 50% of foreign tourists visit Cambodia each year.

2. A Symbol of pristine Khmer Architecture 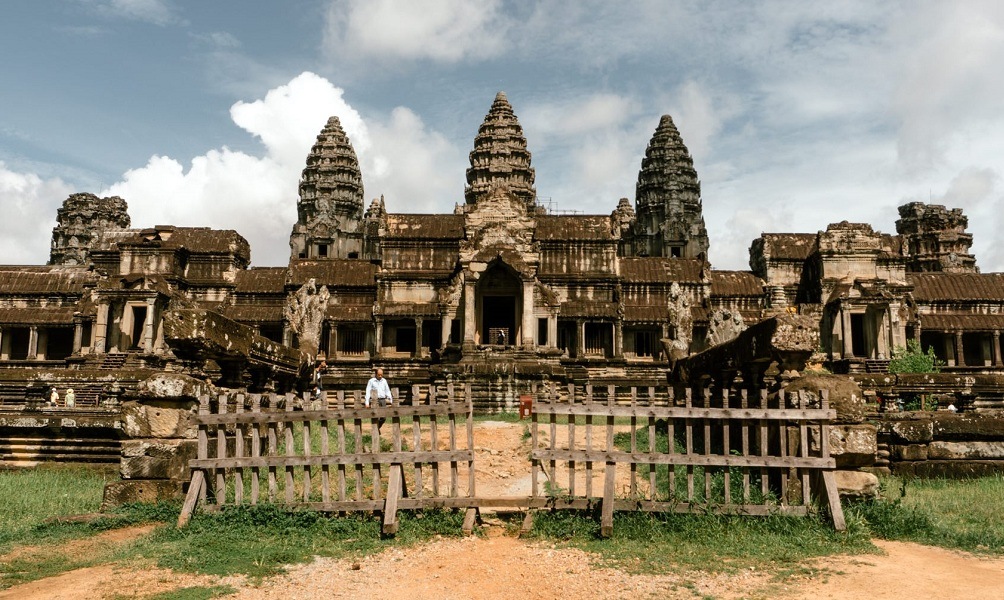 Built between 802 and 1220 AD, Angkor Wat is a typical example of the classical Khmer architectural style and is considered as one of most astonishing architectural wonders in the world. The typical elements of the temple architecture include oval towers like lotus buds, small corridors, rooms along the axes, and the cross stairs appear along the main axis of the temple. It has five towers that are interconnected by three levels of architecture, including the highest central tower and four smaller towers. The tallest tower is located in the center and the remaining four towers are put at four corners. It is believed that the temple has been built to represent Mount Meru, where the Hindu gods live. 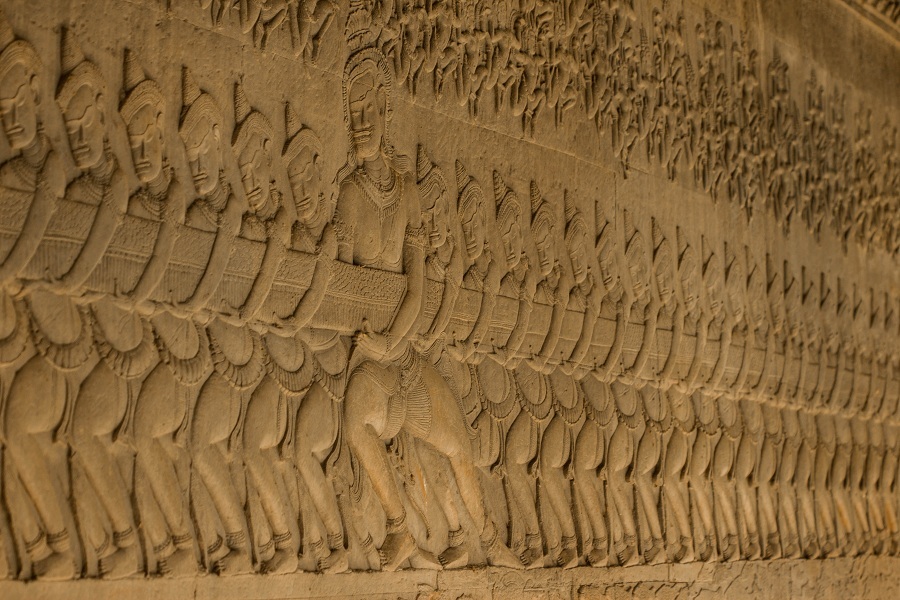 Any artist looking for Angkor Wat facts should know the temple is most known for its extensive wall decorations. The bas-reliefs on the walls of the temple have Hindu stories, mainly retelling battles, which can be seen through fables and myths that tell of the temple’s origin in Hindu religion. After being digitally enhanced, the paintings show up with elephants, lions, monkeys, boats, houses and even the images of Angkor Wat. 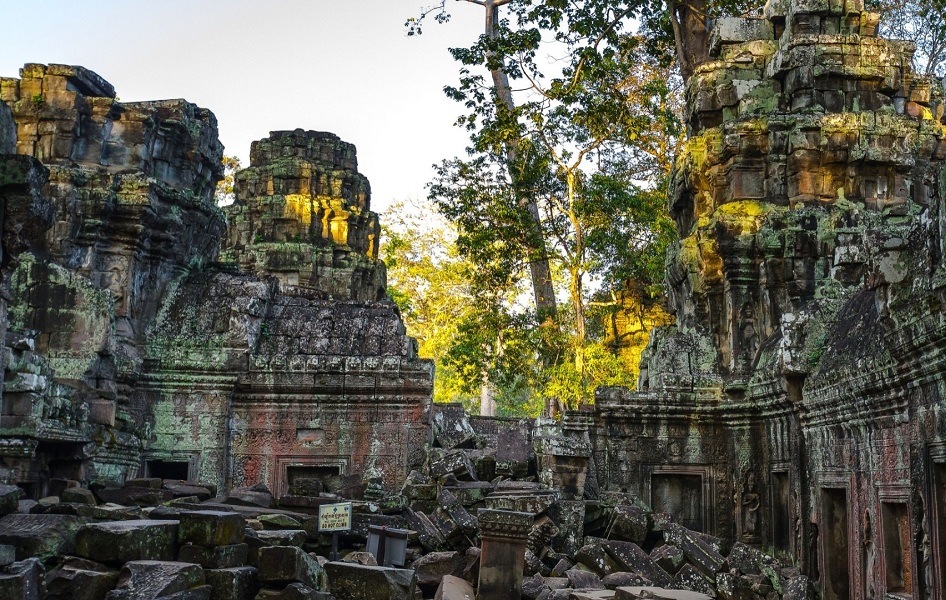 Angkor Wat was initially designed and constructed in the first half of the 12th century, during the reign of Suryavarman II within Angkor, once the capital city of the Khmer Empire. The sheer size of Angkor Wat is a spectacle in itself and the construction was not an easy task as it involved lots of detailed artistic work and digging. It took 35 years to build with the help of approximately 1,000 elephants and nearly 300,000 labourers. Nearly 5 million tons of sandstone was used to construct this monument which was quarried from the holy mountain of Phnom Kulen over 50 km away from the site.

5. Oriented to the West Direction 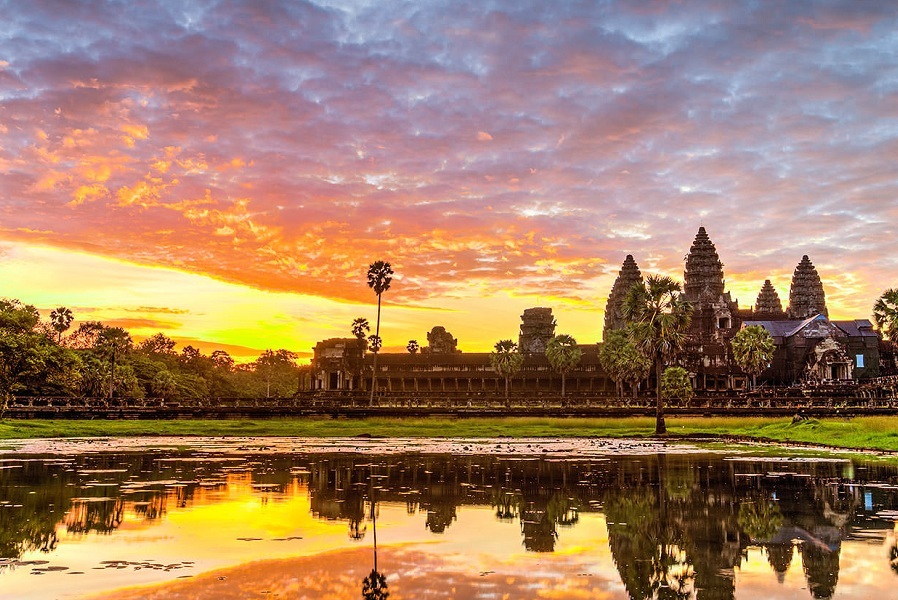 Unlike other temples in the region that are aligned facing to the east, Angkor Wat is unusually oriented to the west. The general belief is that the temple was built for funeral processions as it faces the west, a direction typically associated with death in Hindu culture. Another indication that the temple is associated with funeral rituals is the order of the bas-reliefs carved on the stone walls of the building. At some places they seem to be running backwards. Also, some researchers believe that the orientation of Angkor Wat was due to the worship of Lord Vishnu, as Lord Vishnu is associated with the West. 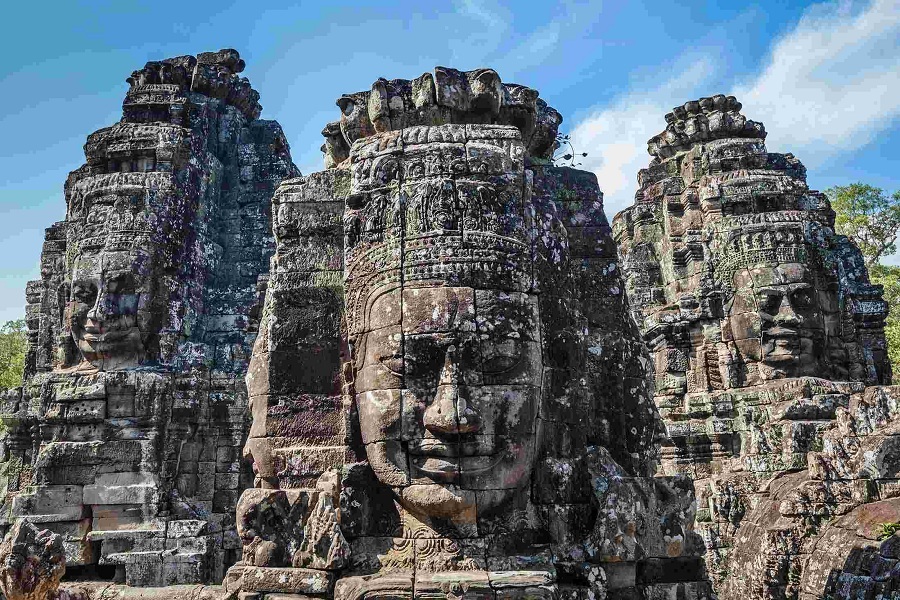 The world famous Angkor Wat went through years of looting and many statues were decapitated for sales to private collectors. This 1,000 year old historic site became an UNESCO World Heritage Site in 1992, which encouraged an international effort to prevent further damage. Today this World Heritage Site receives over 2 million visitors a year. 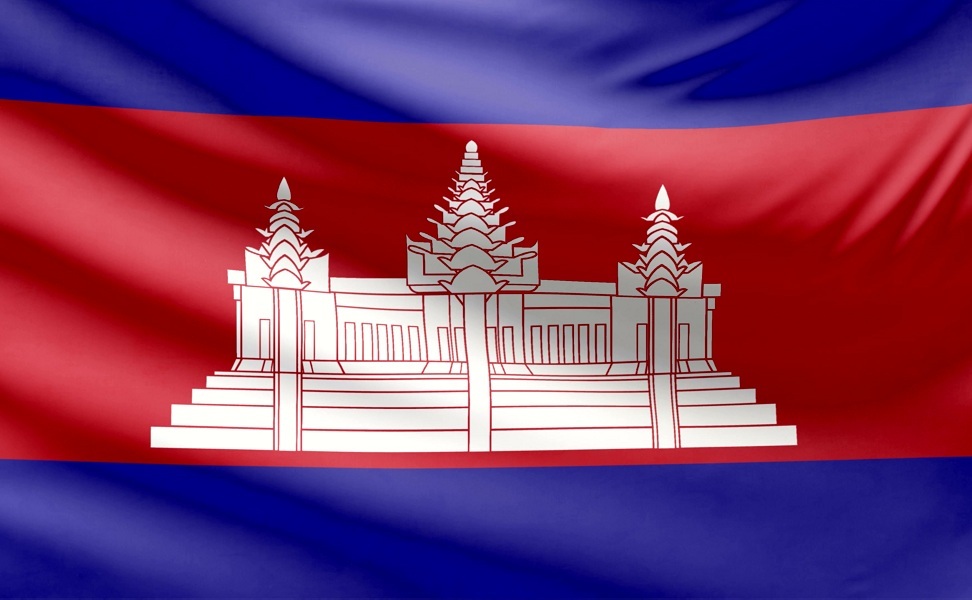 This UNESCO world heritage site is recognizable throughout the world. The country of Cambodia is incredibly proud of Angkor Wat and put an image of this ancient monument on its national flag in 1850.  The official flag of Cambodia is now made of two dark blue stripes, one at the top and one at the bottom of the flag, with a third dark red stripe in the middle, which features a black and white outline of the Angkor Wat.  Cambodia is one among the two countries in the world who display their national monument proudly on their flag and the other being Afghanistan which features a mosque with its mihrab facing Mecca. Angkor Wat is also appeared on denominations of the riel, the Cambodian currency.

One thought on “7 Interesting Facts about Angkor Wat”