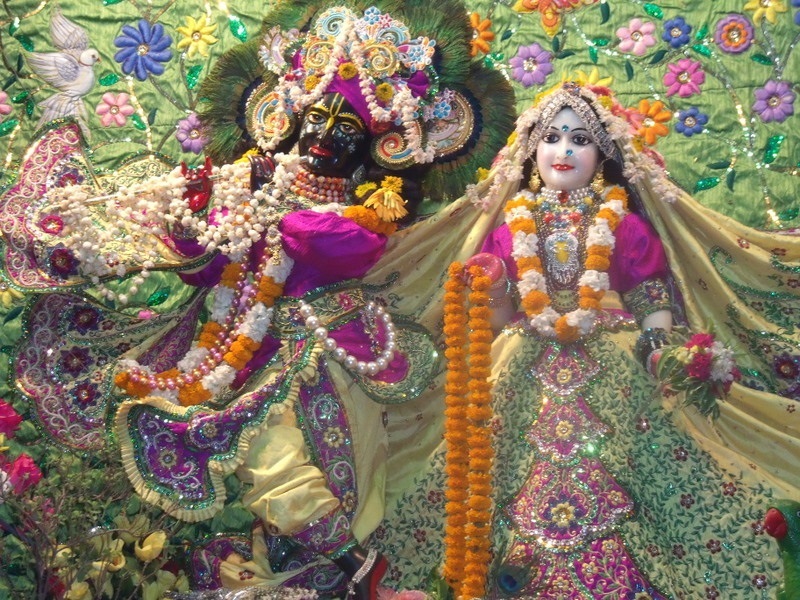 Place Location: In Sector 36B

At a distance of 4 km from Chandigarh Bus Station, Sri Radha Madhav Temple, popularly known as ISKCON Temple, is situated in Sector 36B of Chandigarh. It is one of the famous temples of ISKCON and also one of the top places of pilgrimage in Chandigarh.
ISKCON Temple in Chandigarh was developed in 1978 by Srila Prabhupada. Dedicated to Lord Krishna and Radharani, Sri Radha Madhav Temple is a place of worship for the followers of the International Society for Krishna Consciousness. Spreads over 3 acres of prime land, this grand temple is known worldwide as part of the ISKCON movement and offers seminars and distributes booklets on the teachings of Lord Krishna.

Sri Radha Madhav Temple has a stunning architecture with large number of rooms for the temple priests, a garden and guest house. The temple has a large hall for the devotees to pray which is presumed to be the largest in any North Indian temple. Special dance performances held during the aartis.

The temple will be glittering during festive like Janmashthami, Rath Yatra. Chorusing with kirtans and Hare Krishna chants, ISKCON is the place where people come for Lord Krishna and Radha Rani's darshan and along the way discover their inner peace and sense of grounding.

As per tradition, six aartis are offered daily by twenty four brahmanically trained priests to the temple deities and along with six corresponding bhoga offerings. A Kirthan Mela was held on 22nd September where many hundreds of people took part in chanting and dancing. Feast was also served during the occasion.