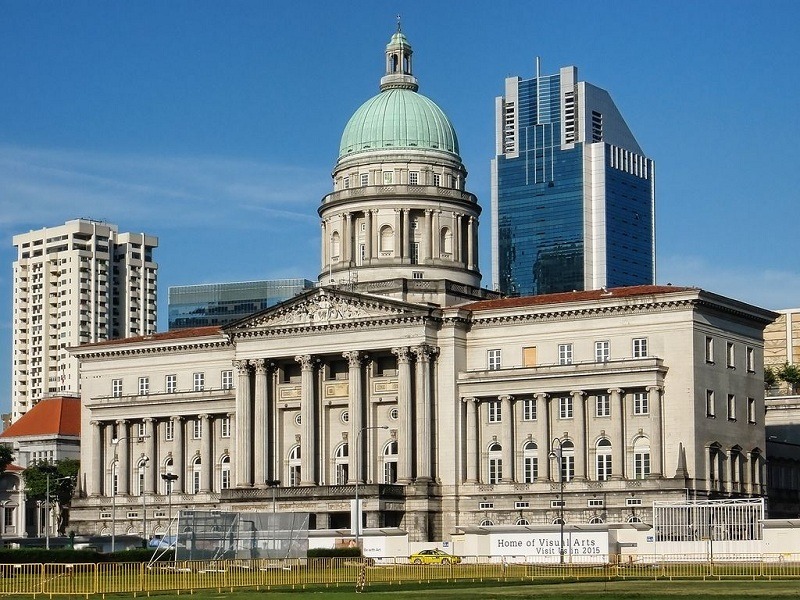 At a distance of 1.5 km from Tanjong Pagar MRT Station, 2 km from Chinatown, 3 km from Gardens by the Bay, and 21 km from Changi Airport, the National Gallery Singapore is an art museum located in the Downtown Core of Singapore. Situated near Asian Civilisations Museum, it is one of the top museums in Asia and among the must-visit places during your Singapore Tour.

Opened in 2015, the National Gallery of Singapore showcases more than 8,000 pieces from Singapore's National Collection, making it one of the world's largest and most invaluable public collections of Singapore and Southeast Asian modern art from the 19th century to the present day. It aims to provide an understanding and appreciation of art and culture through a variety of media, focusing on Singapore's culture and heritage and its relationship with other Asian cultures and the world. Located in the heart of the Civic District, it is the largest visual arts venue and largest museum in Singapore.

The National Gallery is housed within two awe-inspiring national monuments of Singapore - the City Hall and the former Supreme Court. These two iconic buildings have played a monumental role in Singapore's history. Built-in 1939, the architecture of the former Supreme Court building is in harmony with that of its neighbor, City Hall. Designed by Frank Dorrington Ward, Chief Architect of the Public Works Department, the general layout of the building exemplifies British colonial architecture, comprising four blocks of offices and courtrooms surrounding a central rotunda with a dome that was originally used to house a circular law library. It was to be the last classical building to be built in Singapore.

Built around 1929, the City Hall was used to house the offices of the Municipal Council, earlier. City Hall has been the focal point of many important events in the history of Singapore. It was in the City Hall building that Admiral Lord Louis Mountbatten, on behalf of the Allied forces, accepted the surrender of the Japanese forces on 12 September 1945. The building also housed the office of Mr. Lee Kuan Yew, the first prime minister of Singapore. The City Hall exemplifies a neoclassical architecture with a minimalistic design flaunting several Corinthian Columns that stands erected facing the Padang (flat field).

Consisting of modern and contemporary art, National Gallery is home to two permanent galleries - the DBS Singapore Gallery and the UOB Southeast Asia Gallery. The DBS Singapore Gallery showcases the development of the culture and identity of Singapore from colonial times in the 19th century to the present day. Multiple facets of Singaporean art are highlighted in these exhibits, with each piece detailing the circumstances of the artist and how he responds to them. One can also learn about the most significant moments in Singapore's political, socio-economic and cultural history. There are over 400 artworks present here, with the oldest piece being a wood engraving from 1865 of a tiger attack.

Housed in the former Supreme Court building, the UOB Southeast Asia Gallery presents the history of Southeast Asian art. The development of major civilisations, religions, colonial powers and the struggle against it can be explored and understood here. Along with impressive paintings that represent the artist's interpretation of various components of society, one can also find rare books and artifacts in this gallery. The Stereoscope station helps visitors gain a better understanding of the history of the region through a display of a series of 3D images.

One can see impressive artworks from major Singaporean artists as well as famous Southeast Asian artists. Apart from viewing the incredible artwork, one can also engage in conversation with artists and curators, attend informative lectures and view spectacular exhibitions that explore fascinating themes. The National Gallery's Keppel Centre for Art Education delivers innovative and multi-sensory art experiences for the young culture vultures.

Entry: SGD. 20 for Adults & Free for Children below 6 Years