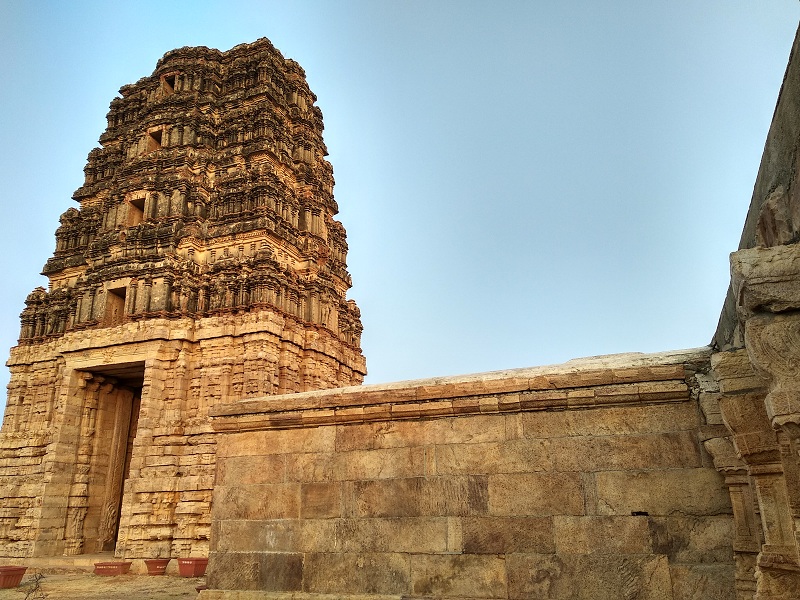 #2 of 8 Places to Visit in Gandikota

At a distance of 1 km from Gandikota Bus Stop, Madhavaraya Temple is an ancient Hindu Temple situated inside the fort complex of Gandikota, Andhra Pradesh. Located in the west of Gandikota village, it is one of must visit in Gandikota.

Madhavaraya Temple is dedicated to Lord Vishnu and is believed to have been built during the reign of Sri Krishna Deva Raya of Vijayanagara Kingdom. This is the grandest structure in Gandikota or perhaps, in the entire region. The main deity from the sanctum sanctorum of the temple was shifted to Mydukuru after the Nizams finally broke the fort security. Though the sanctum sanctorum is empty but the ornately decorated mandapa is still intact.

The Madhavaraya temple displays a fascinating architecture with many sculptures of Hindu Gods and everyday rituals of common people carved on its pillars and walls. The five storey Madhavaraya temple tower dominates the skyline of Gandikota which can be seen from any edge of the town. It is an excellent display of art that has the life and culture of the lost kingdom preserved in its granite walls. One can see the carvings of fish and tortoise inside the temple entrance that acclaims the sanctuary was previously a holy place dedicated to Mahavishnu.

One can also visit Gandikota Jail situated near Madhavaraya Temple. It could have been the most dreaded building in Gandikota hundreds of years ago, today, except for one dark area of the jail infested with bats.

4 Must Visit Places in Gandikota 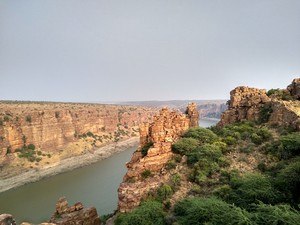 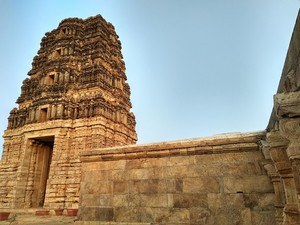 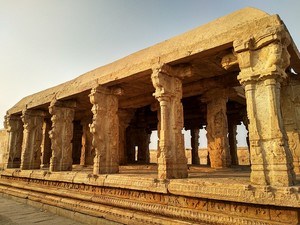 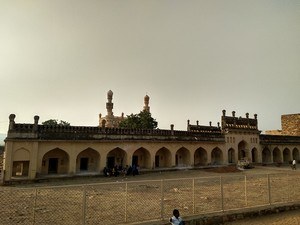 All Places to Visit in Gandikota
All Gandikota Tour Packages

Places to Visit in Gandikota