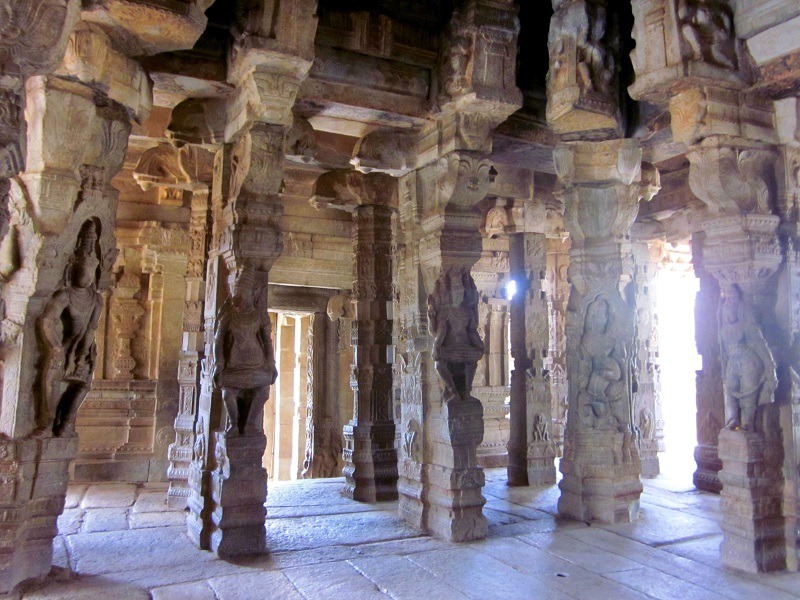 #1 of 3 Places to Visit in Lepakshi

Travel Tips: Kalyana Mandapa situated inside the same complex is another important place to visit here

At a distance of 400 m from Lepakshi Bus Stand, The Veerabhadra Temple is the famous temple situated in Lepakshi (this is also referred as Lepakshi Temple). It is famous for its sculptures and archaeological beauty created by the artists of Vijayanagara Empire. It is considered as one of the best temples built by Vijayanagaras and is the prime attraction of Lepakshi.

The ancient shrine was constructed by Saint Agastya which was rebuilt in the present structure by Virupanna, the treasurer of the Vijayanagara King Aliiya Rama Raya. According to the legend, Virupanna, the royal treasurer was accused of drawing funds without the king's permission from the state treasury to build the Veerabhadra temple. However, he blinded himself to avoid the king's punishment. Even today one can see two dark stains upon the wall near the Kalyana Mandapa, which are said to be the marks made by his eyes.

The temple is dedicated to Lord Veerabhadra, an incarnation of Lord Shiva. The temple was built on a low altitude hillock which is in the shape of a tortoise and hence known as Kurma Saila. The Veerabhadra temple is built inside two large enclosures. The temple tower over the main entrance is partially damaged. The inner walls are surrounded by a large mandapa all along with wonderfully carved pillars. The second enclosure immediately follows which is again adorned with a partially damaged temple tower.

The mukha-mandapa followed by the second entrance is the main attraction of the temple. The pillars in the mandapa are carved with breathtakingly beautiful life size images of several gods like Chaturmukha Bramha, Ananthasayana, Tumburu, Dattatreya, Narada and Rambha. Unlike the pillars arranged in a row in other temples, the pillars in this temple are arranged in a circular fashion in front of the sanctum. This arrangement has created four large semi-circular pillars that have some of the finest sculptures of the temple.

The ceiling of the mukha-mandapa has beautiful mural paintings of scenes from mythology, especially of Shiva stories. There are eight panels, depicting Puranic legends on the ceiling. The mural showing 14 avatars of Lord Shiva in ardha-mandapa is said to be Asia's largest, measures 23 x 13 ft. The color scheme consists of vegetable and mineral colors of yellow, ochre, black, blue and green blended with limewater; the background is generally painted in red color. There are about 35 large pillars in the mandapa and there is one most incredible pillar which is the hanging few inches above the floor. The 18 ft tall Nagalinga, a monolithic carving of Naga shielding Shivalinga which also has a Ganesha image along with few others engraved on the same stone.

The ardha-mandapa & sanctum of the temple followed by the mukha-mandapa house the idols of main deity Lord Veerabhadra facing north and Lord Shiva & Lord Vishnu facing East and West. The sanctum also houses the shrines of Ramalinga, Bhadrakali & Hanuman.

In the month of February a 10-day long celebration including the car festival.

3 Must Visit Places in Lepakshi 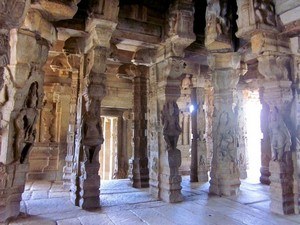 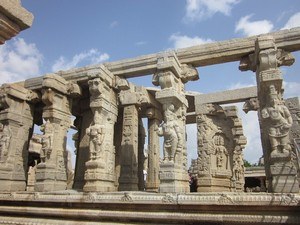 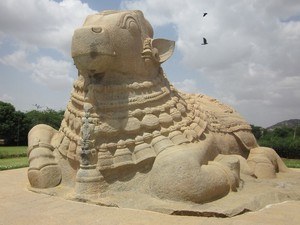 All Places to Visit in Lepakshi
All Lepakshi Tour Packages

Places to Visit in Lepakshi

How to Reach Lepakshi