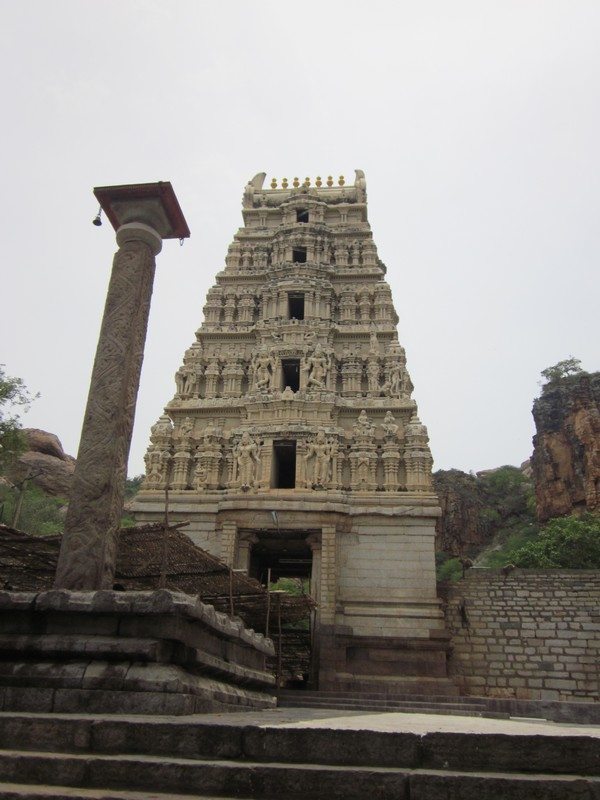 #1 of 9 Places to Visit in Yaganti

Travel Tips: Pushkarini, Agasthya Cave, Venkateswara Cave and Sankara Cave are situated near the Uma Maheshwara Temple and visited together.

Yaganti is one of the most famous Shiva Temple is Andhra Pradesh state. The temple dates back to 5th and 6th centuries with contributions from Pallavas, Cholas, Chalukyas and Vijayanagara rulers. The temple received significant contribution from Vijayanagara Kings Harihara & Bukka Rayalu, who finished the construction of several structures in and around the temple.

Built in Dravida style, the temple boasts a large five-story tower built by Vijayanagara rulers. The tower is followed by the main temple structure built with stone which has a large pillared hall followed by the sanctum which houses the deity. The pillars in front of the sanctum have wonderful carvings of Lord Shiva, Vishnu and Brahma along with several other gods.

The sancutm houses the idol of Shiva & Parvathi (Ardhanareeswra) carved out of a single stone. This is probably the only place where Lord Shiva is worshipped in an idol form instead of Shiva Linga. It is believed that Sage Agastya performed penance for Lord Shiva at this place and requested Shiva to appear in Ardhanareeswara form which is worshipped here.

Another unique feature of the temple is Nandeeswara statue which has been growing in the size. Archeology department has confirmed that the size of Nandi keeps increasing by 1 inch every 20 years. According to Potuluri Veera Brahmam Garu, the Basavanna of Yaganti will continue growing and come out and shout when Kaliyuga ends.

There are several sub-shrines in the temple complex including Veerabhadra Swamy, Viswanadha, Ganesha, etc.

The temple has a large pushkarini (pond) with pure water. Several devotees take bath at pushkarini before visiting the deity.

2 Must Visit Places in Yaganti 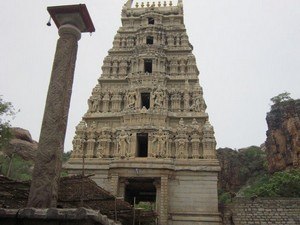 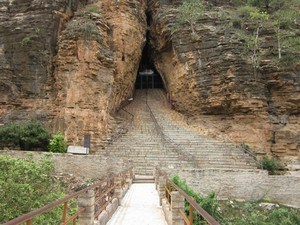 All Places to Visit in Yaganti
All Yaganti Tour Packages

Places to Visit in Yaganti