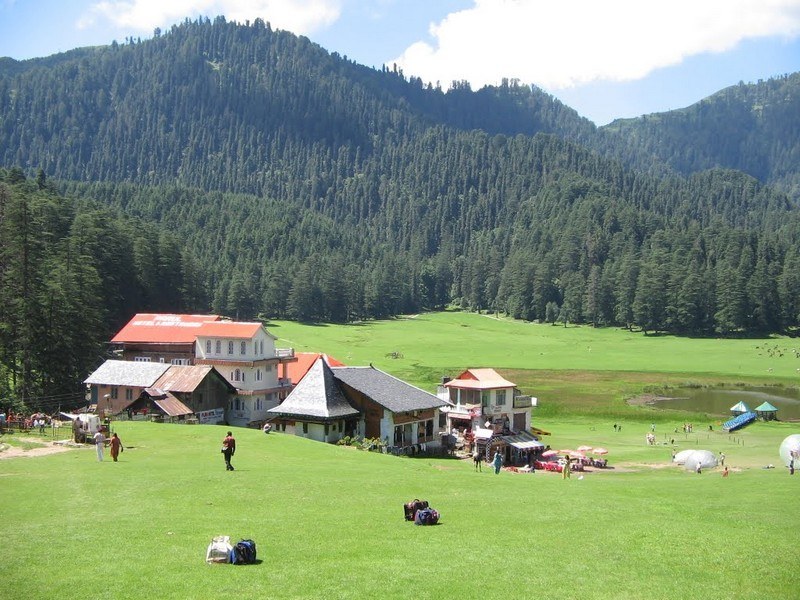 #2 of 7 Places to Visit in Dalhousie

Travel Tips: This place can be visited while travelling to Dalhousie / Chamba with 2 hours effort

At a distance of 21 km from Dalhousie and 20 km from Chamba, Khajjiar is a beautiful hill station located in the Chamba District of Himachal Pradesh. Often known as the Switzerland of India, it is situated at an altitude of 1,951 m in the foothills of the Dhauladhar ranges of the Western Himalayas and is part of the Kalatop Khajjiar Sanctuary. It is among the popular places to visit in Dalhousie and also one of the top Himachal tourist places.

Khajjiar is a picturesque spot with an emerald saucer shaped meadow amidst a dense forest which has a lake with a floating island at its center and a temple with a golden spire. Khajjiar Lake is a small lake covering an area of about 5000 sq. yards. On the lake, some clusters of grasses and weeds have grown that appear like a floating island, and is the major attraction. A little away from the lake is the temple of Khajji Nag belonging to the 12th century AD. This temple is dedicated to the Lord of Serpents. The Nag that is worshipped here has a human form. The stone idol has a mace in one hand and a khanda, a double dagger in the other. In the mandapa of the temple one can see the images of the Pandavas and Kauravas near the roof of the circumambulatory path.

Khajjiar is also called the Gulmarg of Himachal Pradesh and serves as the starting point for treks to Chamba, Dalhousie and Kalatop Wildlife Sanctuary among others. Khajjiar to Dainkund is a 3.5 km easy to moderate trek. The trek starts 6 km from Khajjiar on the Dalhousie-Khajjiar road and ends at Pholani Devi Temple at Dainkund. This trek with a well-defined trail and moderate ascent is an excellent trek for beginners and children. The trek offers excellent views and a beautiful camping site. Zorbing is a popular recreational activity during April and May.

The best time to visit Khajjiar is during summers, which extends from the month of March to June.

4 Must Visit Places in Dalhousie 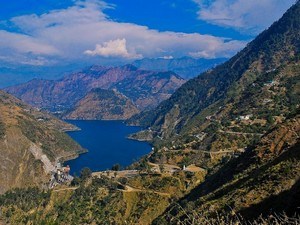 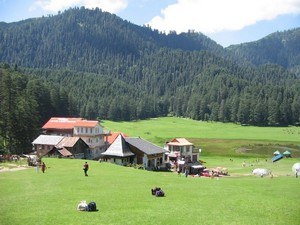 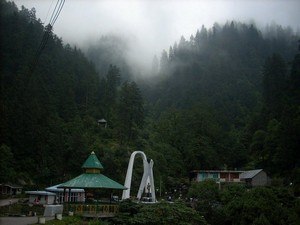 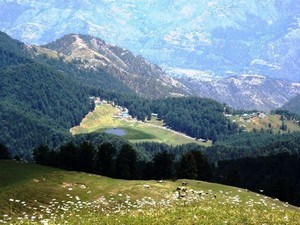 All Places to Visit in Dalhousie
All Dalhousie Tour Packages

Places to Visit in Dalhousie

How to Reach Dalhousie