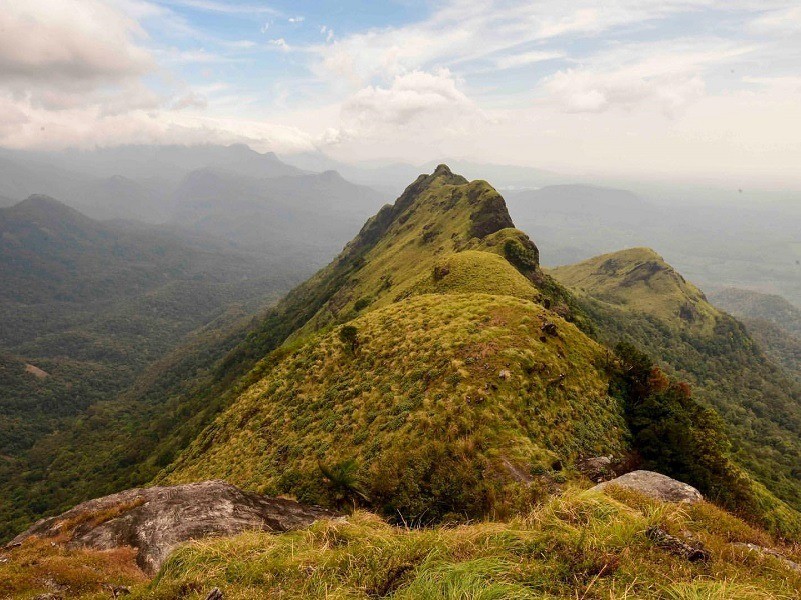 #4 of 7 Places to Visit in Ponmudi

At a distance of 48 km from Trivandrum and 33 km from Ponmudi Bus Station, Varayadu Motta is a mountain ridge located in Ponmudi, Kerala. It is one of the popular places of trekking in Ponmudi.

Situated at a height of 1100 m, Varayadumotta is the highest peak in the Ponmudi ranges. Also known as Varayadumudi and Varayattumutti, the place derived its name from Nilgiri tahr / Varayadu, as this place is a favorable home for mountain goats (Nilgiri Tahr) in acute population. Varying elevation and peculiar shape of this hill is unique in the world. It is a protected mountain ridge situated in between Ponmudi hills, Palode (Brimore) hills, and Kallar valley. It includes 13 peaks and the second peak is the highest in Varayadumotta.

Varayudu Motta is the third adventurous trekking in South India after Meesapulimala and Agastyarkoodam. The trekking level can be from moderate to tough. Tough for first-timers, but they will never forget the experience for a long time. The ridge is a protected site under the Palode reserve forest and prior permission is required for the trekking. The permission can be obtained from the ecotourism units of Mankayam or Ponmudi by paying a fee for the trekking team. A forest guide will accompany the trekking team. Usually, trekkers climb the mountain and return to either Mankayam or Ponmudi. It is also possible to cross the entire ridge and reach the Kallar valley along the Ponmudi main road. However, this is a much tougher trek trail.


There are 2 main trek routes to reach Varayattumotta. One is from Mankayam check post on the way to Brimore estate while the second route is from the Ponmudi check post. From the Manakayam Checkpost, it is an 11 km trek till the Kallar Valley and it took around 10 hours to cover it. The initial stretch itself was a difficult climb through a bamboo forest while the final climb was steep and dangerous. The top of the peak is a flat rock surface. The toughest part of Varayattumotta trek is the climb down from the last peak towards the Kallar Valley. It is a dangerous 80-degree slope and the ground is very slippery with gravel and dust. One will have to crawl or slide down to minimize the risk of falling down.

Another route to Varayudumotta starts from Ponmudi Checkpost and is a down-hill trek initially. It was some 45 minutes downhill trek through off roads, and forests, one must be careful because of many deviating routes to different trekking places and also to labor settlements. After that, the trek is a steep climb in dense bamboo jungles. To reach the summit, one has to cross or trek 5-6 peaks. It took almost 10 hours both ways. There are no water sources on the main ridge and hence you must have adequate water with you before attempting this 10-hour trek.

2 Must Visit Places in Ponmudi 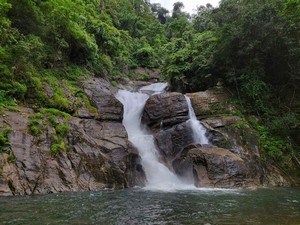 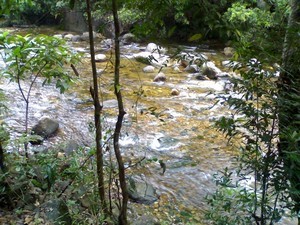 All Places to Visit in Ponmudi
All Ponmudi Tour Packages

Places to Visit in Ponmudi

How to Reach Ponmudi