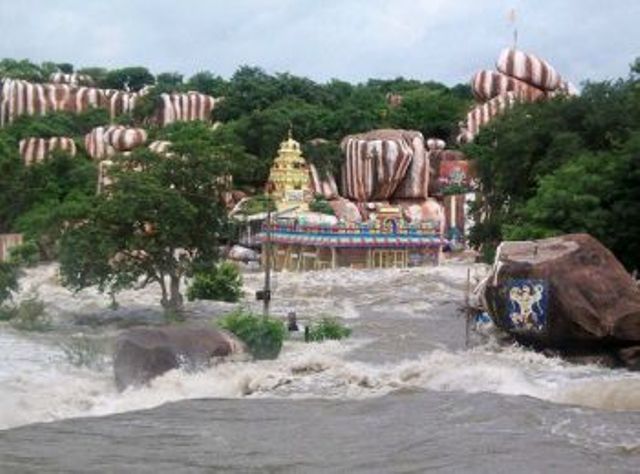 At a distance of 3.5 km from Nagasanpally, 19 km from Medak Bus Station and 110 km from Hyderabad, The Temple of Sri Edupayala Vana Durga Bhavani is located near Nagasanpally in Medak district of Telangana. This is one of the popular pilgrimage sites to visit around Medak & Hyderabad and also one of the famous one day trip near Hyderabad.

Built in 12th century, Edupayalu temple is one of the most famous and powerful temple in Telangana. River Manjeera flows as seven streams and they confluence at this place. Dedicated to Goddess Durga, the seven streams of Manjeera river were formed with the names of seven ancient sages called Jamadagni, Atri, Kasyapa, Viswamitra, Vasistha, Bharadwaja and Gowtama. The idol of the goddess is situated in the middle of these 7 streams. In rainy season the river water flow in heights and reach the legs of goddess and thousands of devotees come to Edupayala to watch this amazing scene.

According to the legend, Maharaja Parikshit (the grandson of Arjun) performed Sarpa Yagya to get rid of a curse. And when Garuda was transporting the snakes used in the Yagna, their blood is said to have fallen in seven different places. And the place where blood spilled became streams. All the seven streams meet here at Edupayala to form river Manjeera, hence the name Edupayala (Seven streams in Telugu).

The temple is also famous for Jatara, a three-day festival celebrated during Shivaratri in the month of February. The festival begins on the day of Sivaratri and is followed by Bandi Utsavam where hundreds of decorated bullock carts from 32 villages go around the temple. The festival concludes with Rathothsavam, a grand ceremony. The jatara attracts large number of devotees.

The temple becomes inaccessible during peak monsoon season as the approach submerges under water. 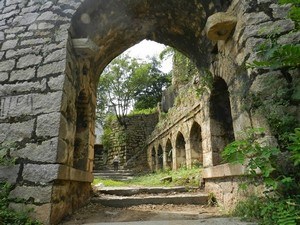 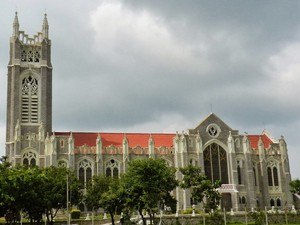