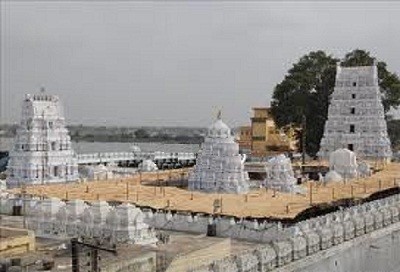 #1 of 4 Places to Visit in Vemulawada

At a distance of 2 km from Vemulawada Bus Stand, Sri Raja Rajeshwara Swamy Temple (Vemulawada Temple) is one of the most famous pilgrim sites in Telangana and the prime attraction of Vemulawada.

This temple, dedicated to Lord Shiva is one of the ancient and famous Shiva temples located in Telangana. The presiding deity of the temple is locally popular as Rajanna. The idol of the main deity is in the form of Neela Lohitha Siva Lingam. The deity is accompanied by the idols of Sri Raja Rajeswari Devi and Siddi Vinayaka.

According to Puranas, the Sun God recovered from disability by praying at the shrine here and so this shrine is termed Bhaskara Kshethram. Indra, the King of Gods by devoutly worshipping Lord Sri Raja Rajeshwara, purified himself from Brahmahatya Dosham. It is said that this temple was built by Raja Narendra, the grandson of Parikshit had a vision where Lord Shiva and Goddess Raja Rajehwari Devi appeared and directed him to build a temple and install Siva Lingam which was laying in the bed of a Pushkarni.

Every year at the time of Maha Shiva Rathri and Sri Ramanavami, devotees in large numbers flock to Vemulawada to offer prayers to Lord Shiva and Lord Rama. It usually takes around 1 hour to complete darshan on normal days and it can go up to 2-3 hours on special occasions.

Timings: 4 AM to 9 PM. Photography is not allowed inside the temple.

2 Must Visit Places in Vemulawada 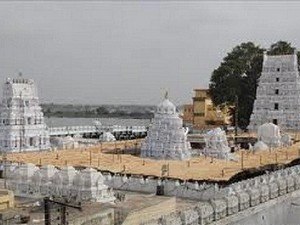 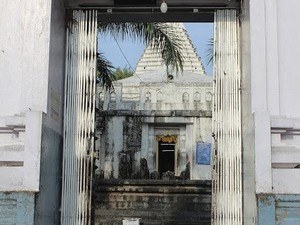 All Places to Visit in Vemulawada
All Vemulawada Tour Packages

Places to Visit in Vemulawada