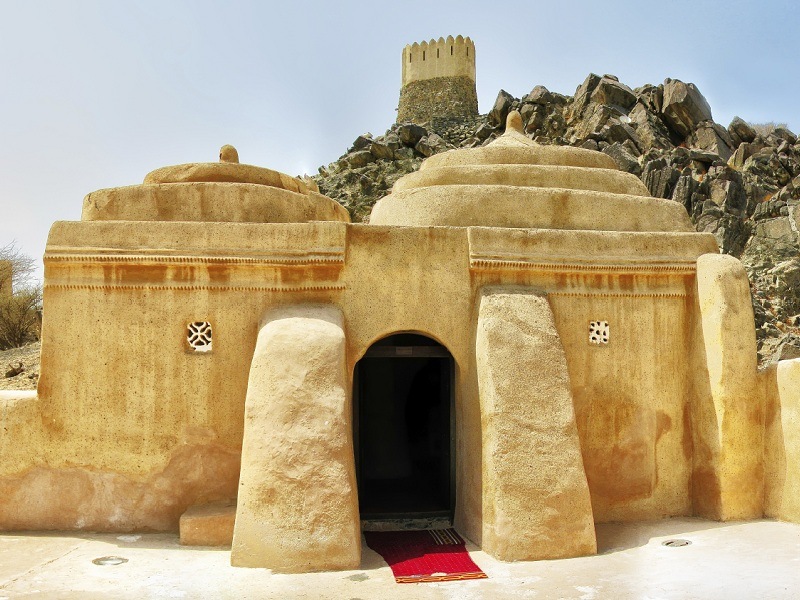 At a distance of 14 km from Khor Fakkan and 40 km from Fujairah city, Al Bidyah Mosque is an old mosque located at Al Bidya in the Emirate of Fujairah, UAE. It is said to be the oldest mosque in the UAE and among the must include places in Fujairah Tour Packages.

The Al-Bidyah Mosque was named after the town that once surrounded the holy place. Also known as the Ottoman Mosque, the mosque was built in 1446 AD but the riddle of who constructed it remains. It is a simple mud and brick structure exhibiting the accomplishment of the craftsmanship of that time and region. The mosque features four pointed domes and a single internal pillar supporting it. The mosque is square (6.8 x 6.8 m) but irregular in shape with 1.5 m high walls. The prayer hall of the mosque is adorned with arches and ventilation openings along with a mihrab (prayer niche pointing to Mecca). The interiors of the mosque are decorated with intricate carvings, and the floor is carpeted with white polka dots on a red background. It can accommodate no more than 20 people at a time.

The area that surrounds the mosque has been excavated which reveals that it has been inhabited for 4,000 years. There are several other archaeological sites surrounding the mosque that are collectively known as 'Al Badiyah Archaeological Mosque'. The site includes four watchtowers, stone walls, and foundations of old perished buildings and quite a few stones with petroglyphs and carvings. Also, there is a big Islamic graveyard to the north, which constitutes a large tomb dating back to the Iron Age. The excavations conducted recovered metal arrowheads, pieces of pottery and other interesting artifacts pointing to 1,000 BC.

Non-Muslims are allowed to look inside the mosque but must be appropriately dressed. They must take off their shoes and women must cover their heads. Anyone who wishes to visit the mosque is provided with free clothes for a loan by the officials. 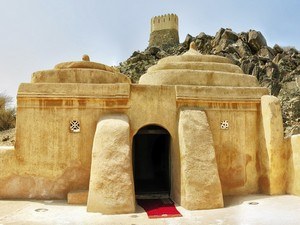 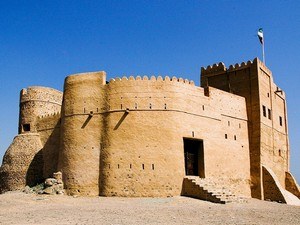 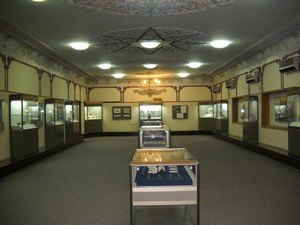 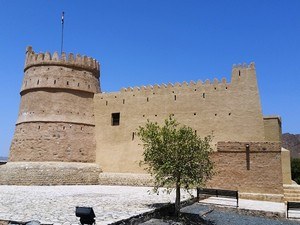 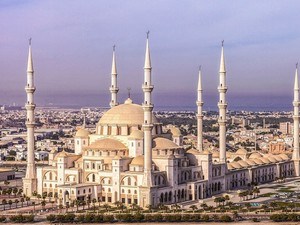 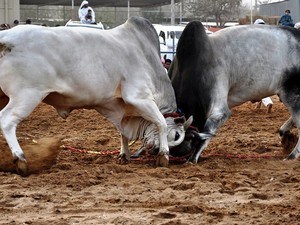