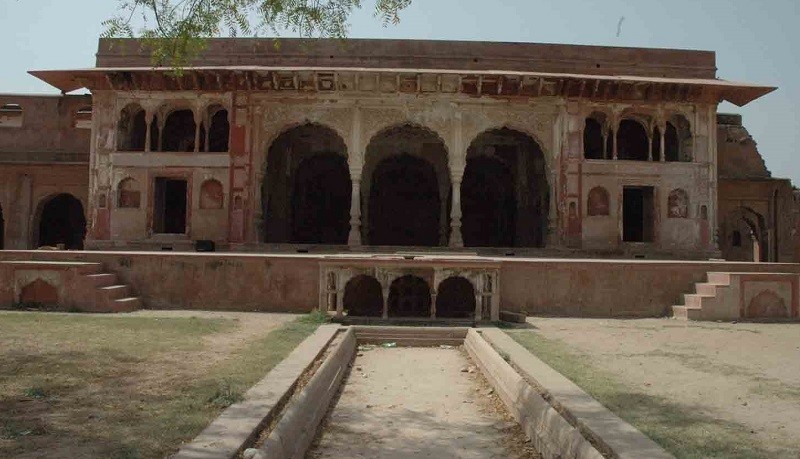 #9 of 9 Places to Visit in Gurgaon

At a distance of 24 km from Gurgaon & 55 km from New Delhi, Farrukhnagar is a historical town in Gurgaon district of Haryana. It is one of the nine administrative blocks of Gurgaon district and shares its border with Jhajjar district.

Farukh Nagar was established in 1732 by Faujdar Khan, the first Nawab of Farrukhnagar and a governor under Mughal Emperor. Farrukhnagar flourished due to its salt trade till the late 19th century, and was abandoned in the early 20th century during the British Raj. Sheesh Mahal and Jama Masjid are the noted Mughal era monuments situated in this fort town.

Farukh Nagar Fort, which was built in the 18th century by Nawab Faujdar Khan, is one of the popular tourist attractions in the town. The fort has an impressive bastion Dilli Darwaza, with a typical Mughal architecture. It was one of the entrance gates to the Farukh Nagar town. Today the fort is mostly in ruins, though it underwent restoration in 2009. Out of five entrances, this gateway is one of three surviving entrances to the town. Patli Darwaza and Jhajjari Darwaza are the remaining two gateways.

The Sheesh Mahal was the residential palace of Faujdar Khan. The palace built by Faujdar Khan in 1733 AD is a wonderful structure of the Mughal period. The palace is a rectangular structure made of red sandstone, Mughal bricks and Jhajjar stone. It is built on a high plinth with mirrors fixed in the wooden ceiling and on the backside of the wall, that gave the palace its name Sheesh Mahal or Glass Palace. An artificial water channel in front of palace was provided by a fountain pool. Located close to Sheesh Mahal, Ali Gosh Khan Baoli is another popular tourist attraction. The Baoli, a stepped well, is connected to the Sheesh Mahal by a tunnel.

Jama Masjid was also built by Faujdar Khan. Two red sandstone slabs on the southern wall bear Arabic inscriptions dating to the period of Sultan of Delhi, Ghiyas ud din Balban (1200-1287). Sethani Ki Chhatri is the another important monument in Farukkhnagar and is situated on the Jhajjar road at the entrance to the town. It is an elaborate memorial cenotaph in the shape of a two-storeyed chhatri. It has eight arched openings on each floor with floral decorative motifs. The name suggests that it belonged to a merchants wife, and is decorated with inscriptions and frescoes from Haroti region in Rajasthan. An inscription within the ceiling frescoes dates it to 1861 AD. 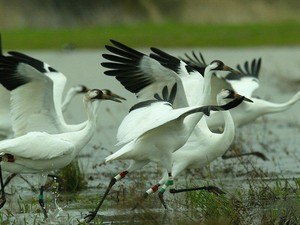 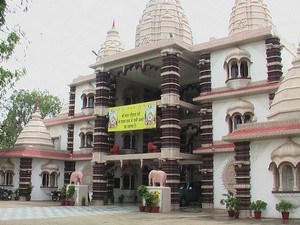