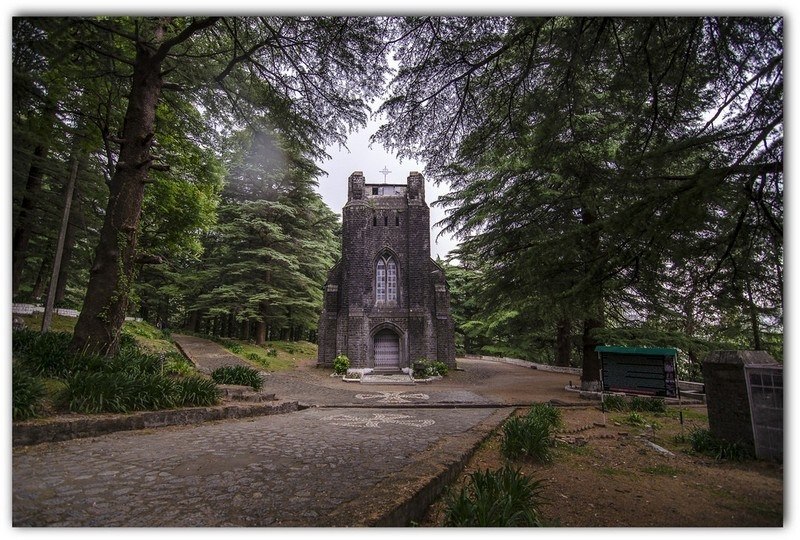 At a distance of 1 km from McLeod Ganj and 8 km from Dharamshala, St. John Church, also known as St. John In The Wilderness, is an Anglican church situated at Forsyth Ganj on the way to McLeod Ganj amidst beautiful deodar trees.

The church was dedicated to Saint John the Baptist and was constructed in 1852. The Church is a historic monument and one of the oldest churches in the region. It is built in Neo-Gothic architectural style and features Belgian stained-glass windows that were donated by Lady Elgin, wife of Lord Elgin.

The church was built with grey stone and is one of the few buildings still in existence in the town from the British era. The British style of architecture is extremely evident in the edifice of the church, with elegant wood of the altar and the brass handles of the oil lamps. These lamps have now been replaced with electric lamps. In 1905 an earthquake destroyed the bell tower of this church. A new bell was built in 1915, which was brought from England. The bell hangs down from a high tower which is about 300 feet tall.

The church is the final resting place of Lord Elgin, who was the former viceroy of India. The church also has a Christian style cemetery that is well maintained. It is believed that the viceroy liked the place of Dharamshala so much that he asked to be buried in the cemetery of St. John Church. In the same premises is also the grave of the Lieutenant General of Punjab David McLeod after whom the place is named.