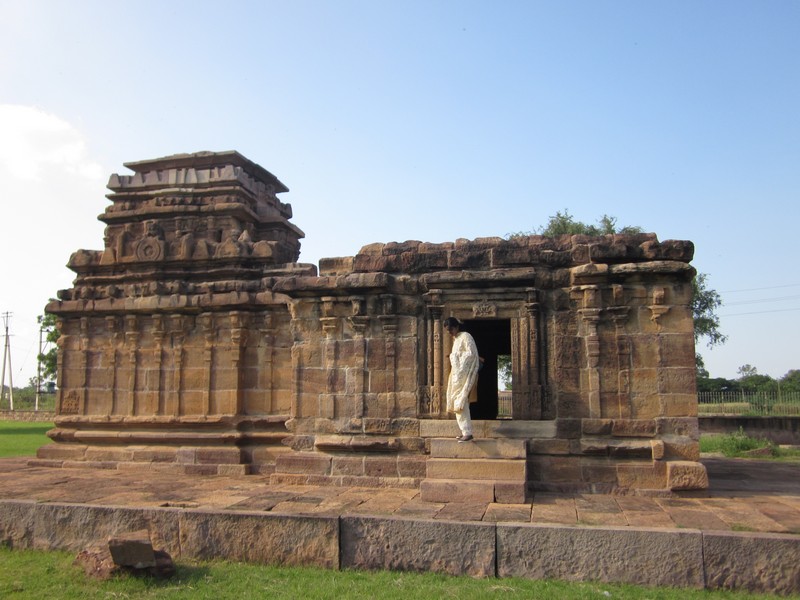 At a distance of less than 100 meters from Aihole Bus Stand, Ambigera Gudi Complex is a group of three temples situated opposite to Durga Temple complex. The temple got its name from Ambiger (boatsmen) who used to live near the temple.

The complex has one main temple in ruined state with two small shrines. The main temple, believed to be a 10th century monument, has a nagara style sikhara with a mandapa and sanctum. The mandapa has two entrances and the ceiling of mandapa has a lotus image engraved. Built on elevated platform, the temple has a carved doorframe for the sanctum. 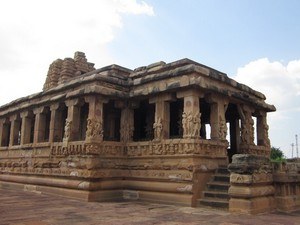 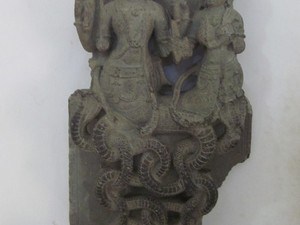 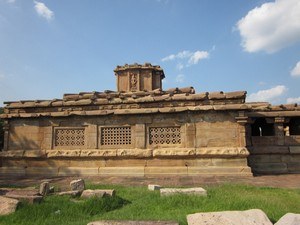 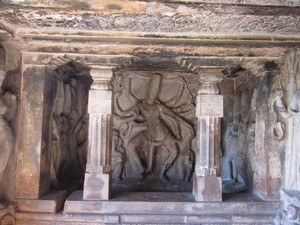 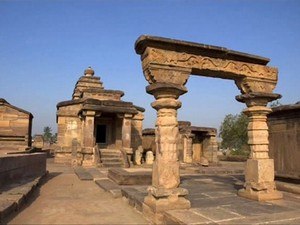 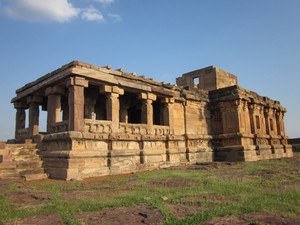 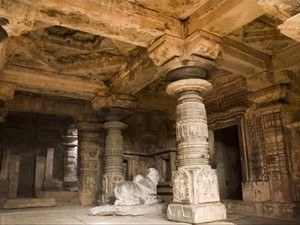