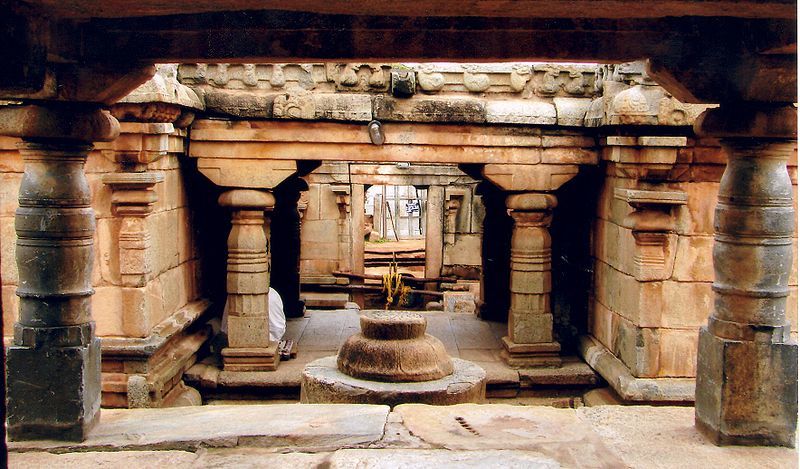 #11 of 22 Places to Visit in Shravanabelagola

Kambadahalli is well known for Panchakuta Basadi. Panchakuta is a beautiful monument built in Dravidian style by the Western Ganga Dynasty in the 10th century. The place gets the name from the Brahmadeva pillar (Kamba in Kannada) that exists in the famous Panchakuta Basadi.

The temple which is oriented to the north towards the Brahmadeva pillar has five shrines. Three shrines are connected to a mantapa and consist of the main shrine of Adinatha, Neminatha, and Shanthinatha containing a 3-meter tall idol of the Tirthankara. The other 2 shrines which are disconnected and lie to the north of the trikuta cluster are dedicated to other Tirthankaras.

The unique feature of the statue of Mahaveera found here is that striking a coin at different points of the statue produces different sounds. The intricate door designs, carvings of flowers and animals are impressive.