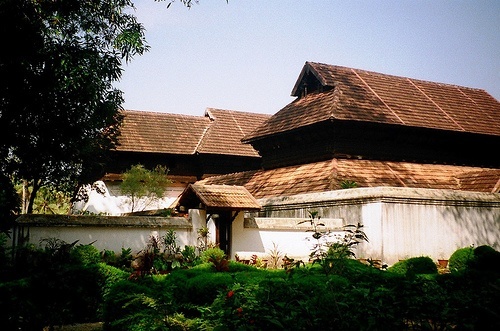 Place Location: On NH47 Between Alappuzha And Kollam

At a distance of 49 km from Alappuzha, the Krishnapuram Palace is a palace and museum located in Kayamkulam near Alappuzha in Kerala. It is one of the prominent places of heritage in Kerala, and among the must -include places in Alleppey tour packages.

Situated on NH47 between Alappuzha and Kollam, the Krishnapuram Palace was built in the 18th century by Anizham Thirunal Marthanda Varma (1729-1758 AD) of Travancore kingdom.
The Palace is a rare specimen of the Kerala style of architecture, with gabled roofs, narrow corridors, and dormer windows. Among the most famous heritage sites near Kochi, the palace is situated on the top of a small hill and is surrounded by a terraced garden with fountains, ponds, and lawns. Other attractions here include the beautifully landscaped garden in the palace compound that is home to a variety of flora, and a newly built Buddha Mandapam, which houses a recently recovered statue of Lord Buddha.

Currently, the palace houses an archaeological museum maintained by the Kerala State Department of Archaeology. The museum houses exhibits that belonged to the Palace and its former occupant, the Travancore Maharaja Marthanda Varma. Stone and wood sculptures, copies of Mural paintings, coins, megalithic remains, stone inscriptions, etc. are preserved and protected in this museum.

The most fascinating exhibit being the 49 Sq. Meter Gajendra Moksham, the largest mural painting discovered in Kerala. The mural was placed at the entrance of this palace near the pond to help the kings to worship the deity after their bath. Other attractions of the palace include the garden with a variety of flora, Buddha mandapam, rare antique bronze sculptures, and paintings. The double-edged sword Kayamkulam Vaal can also be found here. 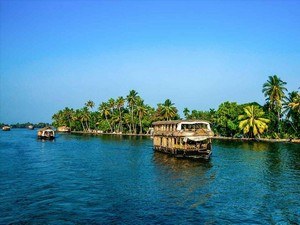 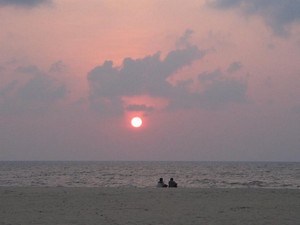 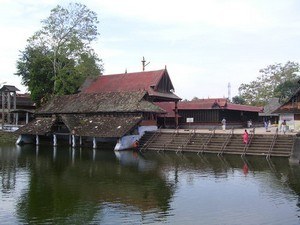 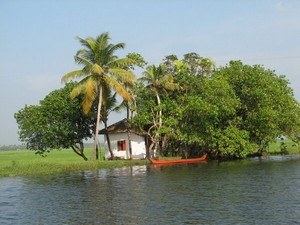