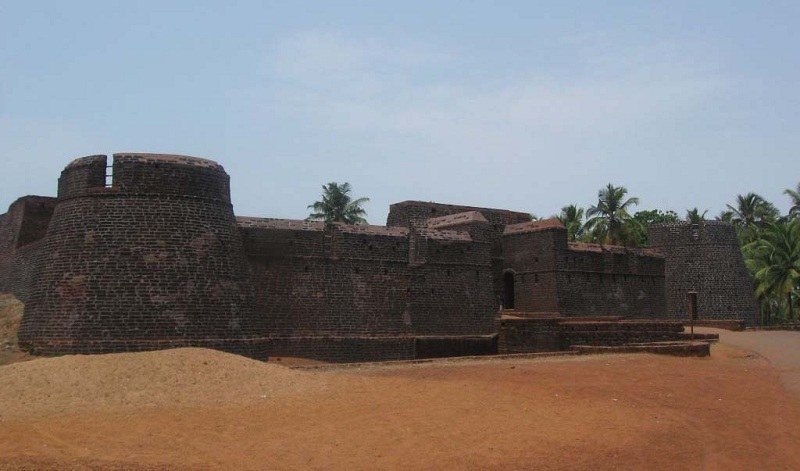 #1 of 2 Places to Visit in Kasaragod

Spreads over an area of 40 acres, Bekal Fort happens to be the biggest fort of Kerala, and among the famous heritage sites near Mangalore. This fort is more than 300 years old and is believed to have been built in the 1650s by Sivappa Naik of the Ikkeri dynasty. There is also another belief that it was originally built by Kolathiri Rajas and was captured by Sivappa Naik. The fort was occupied by Hyder Ali of Mysore in 1763 AD and later by the British. Being the source of attraction for historians and tourists, the Bekal Fort was declared as a special tourism area by the Government of India in the year 1992.

Among the best Kasaragod tourist places, the Bekal Fort is a keyhole-shaped lofty structure that stands still against the rocky shores of the Arabian Sea. The fort has a zigzag entrance, strategically designed openings on the outer walls, and various underground passageways. The fort has no palaces inside and was probably erected just for defense purposes. The important features of this fort are the sea bastion, underground tunnels, the observation tower, and a temple dedicated to Hanuman. One can also visit a mosque built by the Tippu Sultan of Mysore just outside the fort.

The observation tower affords a magnificent view of the sea on three sides and the green landscape to the east. There are many underground passages leading outside from various parts of the Fort. Two of them remain intact, one leading to the south of the fort and the other to the moat on the east. Managed by ASI, The magazine that is used to store weapons and ammunition is closed to the public. The Bekal Fort Beach adjacent to the Fort is an added attraction.

0 Must Visit Places in Kasaragod

All Places to Visit in Kasaragod
All Kasaragod Tour Packages

Places to Visit in Kasaragod

How to Reach Kasaragod