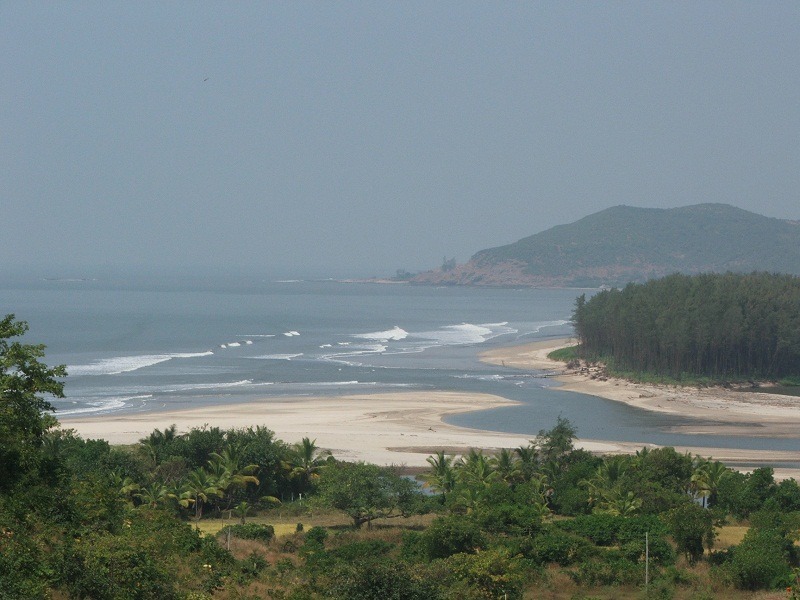 Travel Tips: Visitors have to cross the Rajapuri Creek by a ferry to reach Diveagar Beach while travelling from Alibaug.

At a distance of 12 km from Kondivli Beach, 25 km from Murud Beach and 73 km from Alibaug, Diveagar Beach is a splendid beach situated at Diveagar on the shores of Arabian Sea in the Konkan coast of Maharashtra. This is one of the popular beaches in Alibaug and also one of the favorite weekend getaways from Mumbai.

Diveagar Beach stretches about 6 km long with white sand and crystal clear waters. This beach is surrounded by Suru trees and a dense cover of belu trees as well. At one end of the beach is a fishing settlement while the other end offers a sanctuary to the migratory seagulls feasting in the creek waters.

Diveagar Beach is not a flat beach unlike most of the other beaches in this region, be careful while playing in the waves as there are rocks strewn across at some parts of the beach. Sand-bubble crabs and dolphins can be found on the beach. Some sea turtles lay their eggs on the beach as well.

The village also houses a temple called Suvarna Ganesh Temple, which is another major attraction in Diveagar. Dedicated to Lord Ganesha, the temple has an idol, which has a mask made of pure gold. This mask was found by Draupadi Dharma Patil on 17th November 1997, while she was digging in her betel nut farm and then built the temple. The idol was stolen in 2012 and the idol has since then been replaced by one made with Silver. Sunder Narayan Temple is another attraction here.