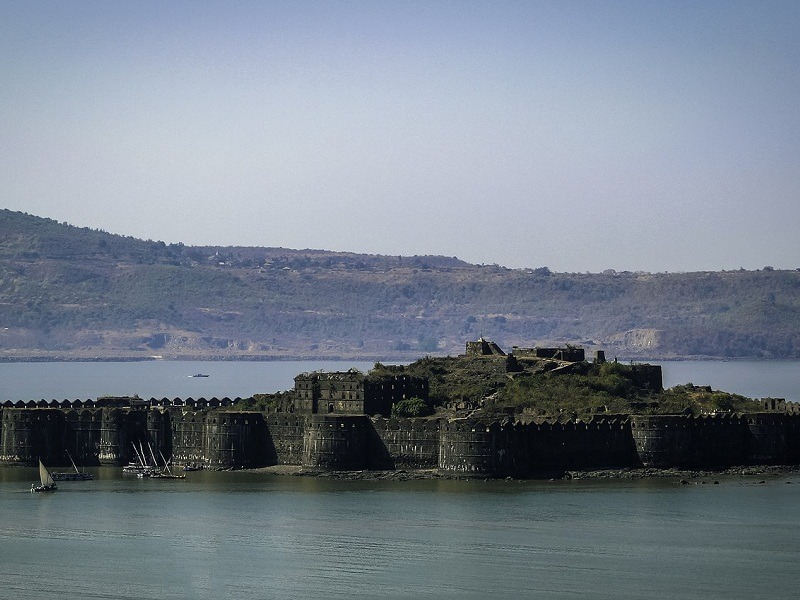 Travel Tips: The fort can be reached only by boat from Rajapuri jetty, which is about 2 km from Janjira Fort. The boats depart daily towards the fort from 7 AM to 4.45 PM.

At a distance of 5 km from Murud, 21 km from Diveagar, 53 km from Alibaug, 84 km from Raigad Fort, 170 km from Mumbai, and 162 km from Pune, Murud - Janjira is an island fort situated near Murud in the Raigad district of Maharashtra. This is one of the top places to visit in Alibaug, and also one of the popular heritage places to visit near Pune and Mumbai.

Janjira Fort is surrounded by the Arabian Sea on all sides and is one of the strongest marine forts of India. It is one of the popular places of heritage in Maharashtra, and among the must include places in Alibaug tour packages. The name Janjira is derived from the Arabic word Jazeera which means island. The original structure was built in the 15th century by a Koli chief as a defense against pirates and thieves. Originally a small wooden structure, Janjira Fort was later captivated by Siddi Sirul Khan an Abyssinian Siddi of Ahmednagar kings in the 17th century. During its construction, the fort structure collapsed thrice. Siddi realized that a sacrifice is needed, so he offered his 22 years old son to God. It is one of the

The fort was attacked many times by the Portuguese, British, and the Marathas but it was successful in resisting attempts to capture. Shivaji's all attempts to capture Janjira Fort failed. When Sambhaji also failed, he built another island fort, known as Kansa or Padmadurg, just 9 km north of Janjira. It can also be visited along with Lonavala packages.

Spread over 22 acres, the fort has 19 rounded bastions, still intact. Amongst them are the three major cannons, Kalal Bangadi, Landa Kasam and Chavi built from five metals. The main gate of the fort faces Rajapuri on the shore is a huge structure. There is a small gate towards the open sea to escape from the enemies. There are hidden passageways for emergencies. The turrets and towers of the fort were used for keeping ammunition.

Earlier the fort was a full-fledged living place with all the necessary facilities like palaces, quarters for officers, a mosque, two small 60-foot deep (18 m) natural freshwater lakes, etc. There is also a deep well with cold and sweet water, a wonder of nature in the midst of the sea. The outer gate of the fort has a figure of a tiger with an elephant captured in its claws. The palace of the Nawabs of Janjira is still in good shape.

The fort can be reached only by boat from Rajapuri jetty, which is about 2 km from Janjira Fort.