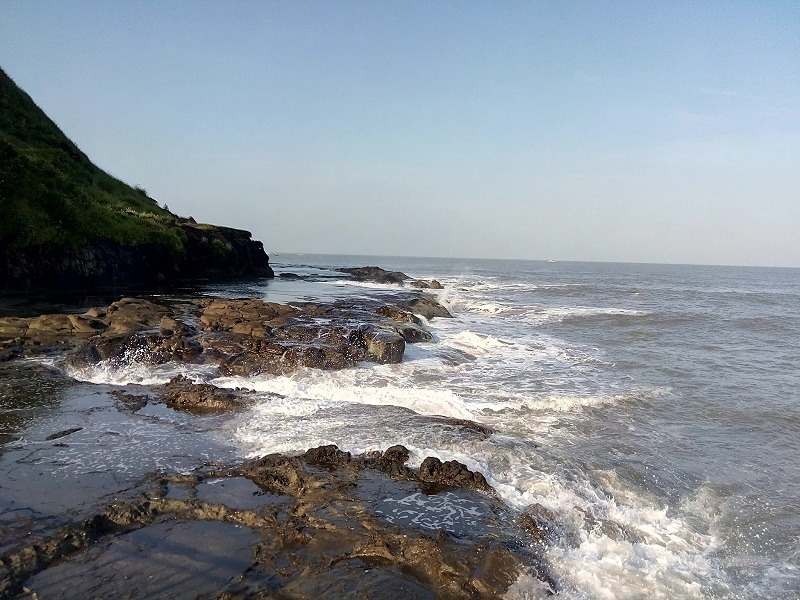 At a distance of 20 km from Shrivardhan Beach, 34 km from Diveagar, 52 km from Murud - Janjira Fort, and 121 km from Alibaug, Harihareshwar Beach is a pristine beach located in Harihareshwar town of Maharashtra.

Situated on the Konkan coast, Harihareshwar Beach is nestled between high mountains of Western Ghats. The black sandy beach is clean and relatively less crowded. The beach is unpolluted and mostly unspoiled. Tourists can enjoy speed boat rides and water scooter rides at this beach. The Harihara hill on the sea shore adds to the attraction of the beach. The sea at Harihareshwar is almost always turbulent. The coast is rocky and the force of the waves considerable.

Harshinachal, Brahmadri, Harihareshwar and Pushpadri are some of the hills that form a perfect backdrop for the beach. The hills are dotted with temples dedicated to Lord Shiva, Lord Vishnu, Lord Brahma, and Lord Yogeshwari. The Kalbhairav Temple is dedicated to Kalbhairav, a manifestation of Lord Shiva. Built in the 18th century, it is renowned across Maharashtra and offers panoramic views of the Arabian Sea.

Moreover, it is believed that Bhima, one of the Pandava brothers, broke a huge boulder into two separate pieces since it stood in the way to the temple. The two segments of the boulder can still be spotted behind the temple. The temple is thronged by the devotees of Lord Shiva especially during the celebrations of Mahashivratri.