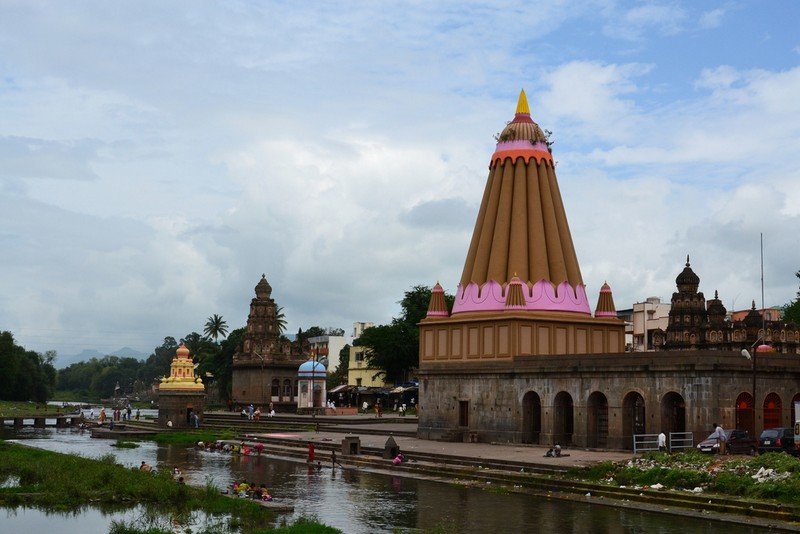 At a distance of 13 km from Panchgani, 35 km from Satara & 88 km from Pune, Wai is a small town situated on the banks of Krishna River in Satara district of Maharashtra. It is one of the ideal places for one day trip near Pune.

Wai has some historical prominence; two important Maratha Brahmin queens Rani Lakshmibai of Jhansi and Rani Gopikabai, wife of Nanasaheb Peshwa were born here. Wai is the place referred to as Charanpur in the hit film Swades.

Wai is famed for its seven Ghats, including Gangapuri, Madhi Aali, Ganpati Aali, Dharmapuri, Brahmanshahi, Ramdoh and Bhimkund. It is also known for numerous beautiful temples near the ghats. Brahmanshahi ghat contains several temples including Kaunteshwar, Chakreshwar, Kaleshwar and Chimneshwar. Menavali ghat is the most popular sightseeing destination in Wai apart from the backwaters of Dhom dam and the famous Dholya Ganpati temple.

The temple of Dholya Ganapati, built in 1762 by Raja Bhoja, is located on the banks of Krishna River. The temple is made out of finished stone with a spacious inner sanctum and a huge hall in the front. The idol of the deity in the temple is carved out of a monolith, and is about 10 feet tall and 8 feet wide. The deity acquired its name Dholya Ganapati from its sheer massive size.

The temple of Mandhradevi Kalubai, Mahalaxmi temple in Dharmapuri and Pandavgadh Fort are the other popular attractions in Wai. Besides being an important pilgrimage center for Hindus, Wai also possesses an ancient fort named Pandavgad, a nearby attraction renowned among the trekkers. 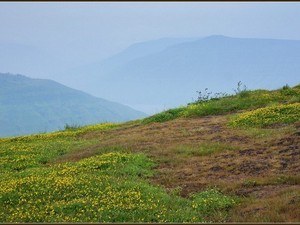 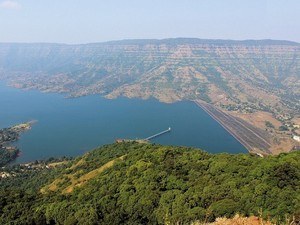 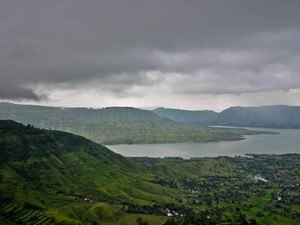 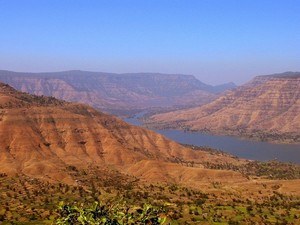