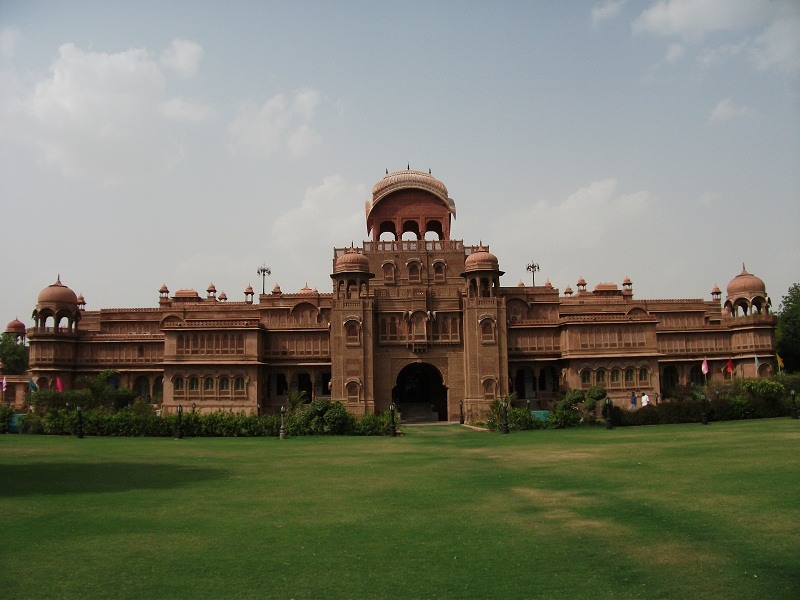 At a distance of 5 km from Bikaner Junction Railway Station, Laxmi Niwas Palace is a heritage building situated in the Lalgarh Palace complex of Bikaner, Rajasthan. It is one of the beautiful royal palaces of Rajasthan and also one of the top heritage places to visit in Bikaner.

The Laxmi Niwas Palace was the former residential palace of the king of Bikaner, Maharaja Ganga Singh. Built between 1898 and 1902 CE, Laxmi Niwas Palace was commissioned by Maharaja Sir Ganga Singh and was designed by Sir Samuel Swinton Jacob. The Maharaja of Bikaner was also motivated to build the palace as a means to stimulate employment in the region. Upon its completion, plans were made to expand the estate into the much larger Lalgarh Palace which was constructed between 1902 and 1926 CE.

This magnificent palace was named after the Hindu Goddess of wealth, prosperity, and beauty, Laxmi. Used exclusively as the private residence for the Royal family and their guests, Laxmi Niwas Palace commanded over Bikaner in all its opulence. With a flair for hospitality, the Maharajah hosted numerous leaders and dignitaries, including King George V and Queen Mary, the King of Greece, viceroys, fellow Maharajahs, and renowned statesmen.