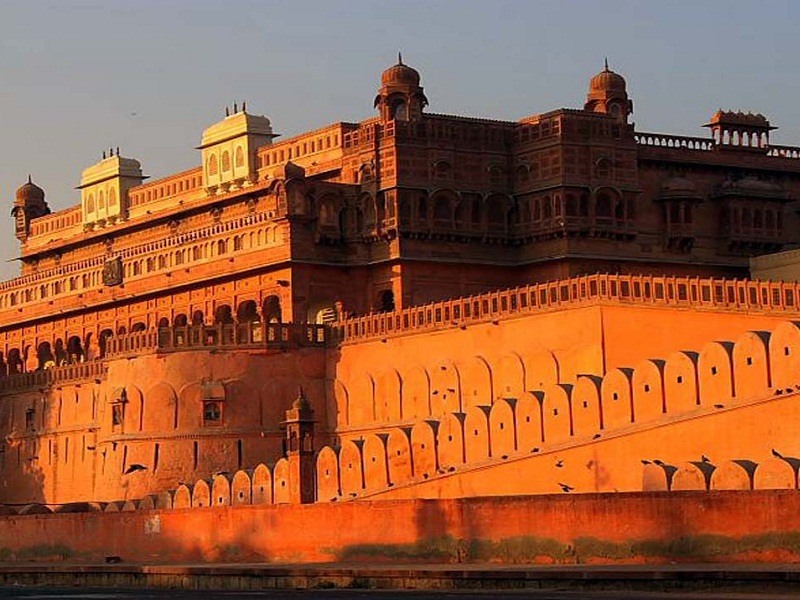 At a distance of 2 km from Bikaner Junction Railway Station, Junagarh Fort is a historical fort situated in the Bikaner town of Rajasthan, India. It is one of the well-preserved forts in India and among famous historical places near Delhi.

Junagarh Fort is one of the famous monuments of Bikaner that draws the attention of tourists as part of Bikaner holiday packages. Originally called Chintamani, the fort was renamed Junagarh or 'Old Fort' in the early 20th century when the ruling family moved to Lalgarh Palace outside the fort limits. The modern city of Bikaner has developed around the fort. Junagarh Fort was originally built by Raja Rai Singh, the 6th ruler of Bikaner, between 1589 & 1593 AD. Several additions were done by many kings, which have resulted in many palaces, museums, temples, and gardens. This fort is attacked several times but never been conquered. Only Kamaran Mirza, who was the son of Babur was able to capture the fort but couldn't even retain his hold for more than one day.

Famous for its massive structure and architectural designs, the fort is spread over a sprawling area that is bounded by a 986 m long wall. Considered among the prime tourist attractions of Bikaner, the fort comprises 37 bastions, a moat, and two entrances, the Suraj Pol or the Sun Gate and the Karan Pol. Among the noteworthy attractions within the Junagarh Fort include Anup Mahal, Hawa Mahal, Chandra Mahal, Phool Mahal, Badal Mahal, Diwan-e-Khas, Dungar Mahal, Ganga Mahal, and Rang Mahal. The palaces built of red sandstone and white marble are the highlights of the fort.

One of the most prominent palaces in the fort complex is the Chandra Mahal or the Moon Palace. It is spectacular with its carved marble panels, mirrors, and paintings. The Phool Mahal or the Flower Palace too is adorned with glasses and mirrors. The Anup Mahal is another worthwhile attraction in the Junagarh Fort. It is a multi-storeyed building that once served as a governance chamber for the rulers. Today, the palace displays the treasures of the royal family. The walls of the rooms are beautifully decorated with lacquer work of red and gold as well as inlay work in glass. Badal Mahal or the Palace of Clouds is known to have walls, which are adorned with beautiful fresco paintings, showcasing Lord Krishna and Goddess Radha, amid rain clouds.

The fort also has a Har Mandir that was used by the royal family to worship their God and Goddesses. There is also a museum in Junagarh Fort called Prachina Museum which displays various artifacts and collections of ancient Bikaner. The museum also reveals a study of changing cultural settings in its display of family portraits of the former rulers.