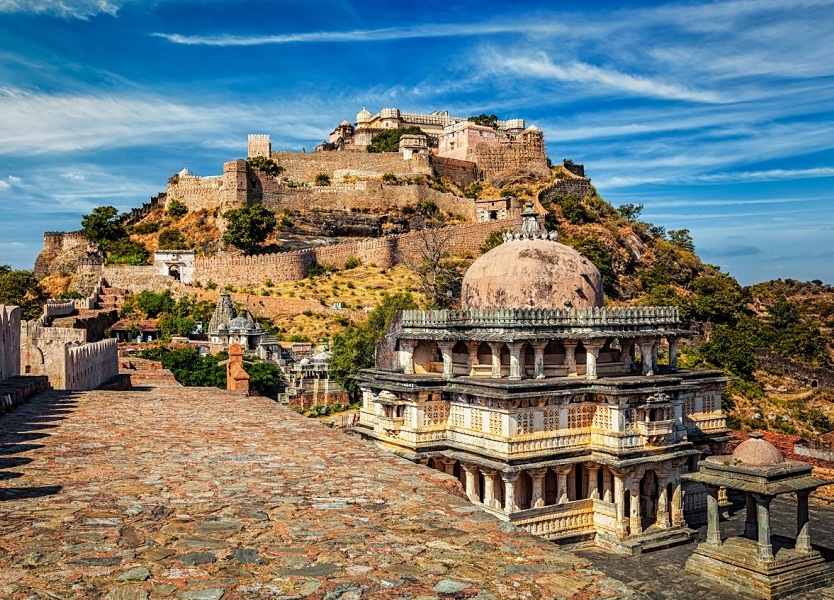 #1 of 4 Places to Visit in Kumbhalgarh

Travel Tips: It is very tiring and difficult climb and is not advised for senior citizens or people with knee problems.

Kumbhalgarh Fort is a Mewar fortress built by Rana Kumbha between 1443 AD and 1458 AD under the supervision of famous architect Mandan. The fort was constructed on the site of an older castle ascribed to Samprati, a Jaina prince of the 2nd century BC. Kumbhalgarh is also the birthplace of Maharana Pratap, the great king, and warrior of Mewar. Although Kumbhalgarh was built in the 15th century it was extended during the 19th century. It is one of the popular places to visit as part of Udaipur trip.

The Fort was designed by Rana Kumbha keeping the defensive aspect of the fort in his mind. Encircled by thirteen elevated mountain peaks, the fort is constructed on the top most ridges around 3, 500 feet above sea level and is virtually inaccessible in earlier times. With a wall over 38 km long, the fort has the second largest wall in the world after the Great Wall of China. The front walls are 15 feet thick. In the times of dissension, the fort also offered refuge to the rulers of Mewar. Even, the baby king Udai Singh was kept here safe during the time of battles.

The impregnable Kumbhalgarh Fort boasts of seven massive gates, seven ramparts folded with one another with designed walls toughened by curved bastions and huge watchtowers. According to legend, a voluntary human sacrifice was required for the strong construction of the fort. A pilgrim volunteered and a shrine and a temple were built at Hanuman Pol, the main gate of the fort, to commemorate the great sacrifice. The other gates of the fort are Hulla Pol, Ram Pol, Paghra Pol, Nimboo Pol, Bhairava Pol, and Top-khana Pol.

Among the best Kumbhalgarh tourist places, the fort houses an inner fort known as Kartargarh and the inner fort is inclusive of a palace that was built by Maharana Fateh Singh. The fort also houses more than 360 temples, including 300 ancient Jain temples and the remaining are Hindu temples. Of these, Ganesh Temple, Vedi Temple, Neelkanth Mahadev Temple, Parsvanatha Temple, Golerao Group of Temples, Mamadeo Temples are the popular temples. Ganesh temple is considered the earliest of all temples built inside the fort. Neelkanth Mahadev Temple was built in 1458 AD and enshrines a huge Shivlinga (Phallic form) in the garbhagriha. The temple consists of a sanctum and an open pillared mandapa all around.

Bawan Devi Temple is the famous Jain temple in the complex. It derives its name from the fifty-two (Bawan) shrines in a single compound built around the main shrine. The bigger shrine among the group consists of a sanctum, antarala, and an open mandapa. The Golerao group of temples is located adjacent to Bawan Devi Temple and consists of nine shrines enclosed by a circular wall. The shrines are adorned with beautifully carved sculptures of gods and goddesses on its exterior. Based on architectural style, the group may be ascribed to the period of Rana Kumbha.

The Fort is also known for its famous palace that resides on the top of the structure. Badal Mahal or Cloud Palace is situated at the highest point of the fort. It was built by Rana Fateh Singh (AD 1885-1930). The palace is a two-storeyed structure divided into two interconnected distinct portions i.e. the Zanana Mahal and the Mardana Mahal. This palace is profusely decorated with wall paintings. The Zanana Mahal is provided with stone jalis which facilitated the queens to see the court proceedings and other events in privacy. The Palace of Rana Kumbha is located close to the Pagda Pol. The palace is a two-storeyed edifice. The mansion known as Jhalia ka Malia or the Palace of Queen Jhali is situated near Pagda Pol. This is believed to be the place where Maharana Pratap was born.

The climb is steep and takes about 40 minutes to go up. There is no water or washrooms facility at the top, so use the facilities down before starting the climb.

4 Must Visit Places in Kumbhalgarh 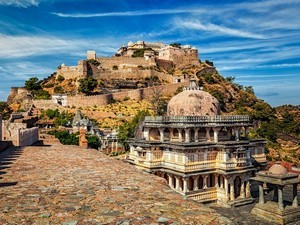 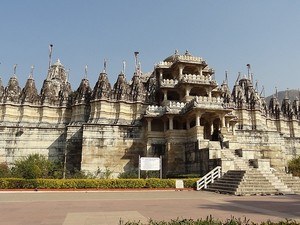 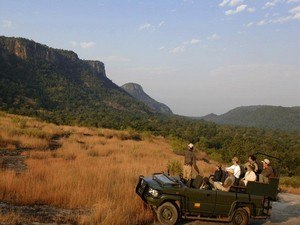 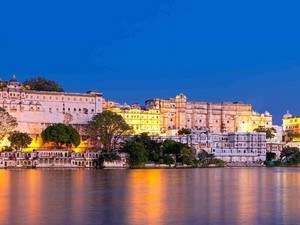 All Places to Visit in Kumbhalgarh

Places to Visit in Kumbhalgarh