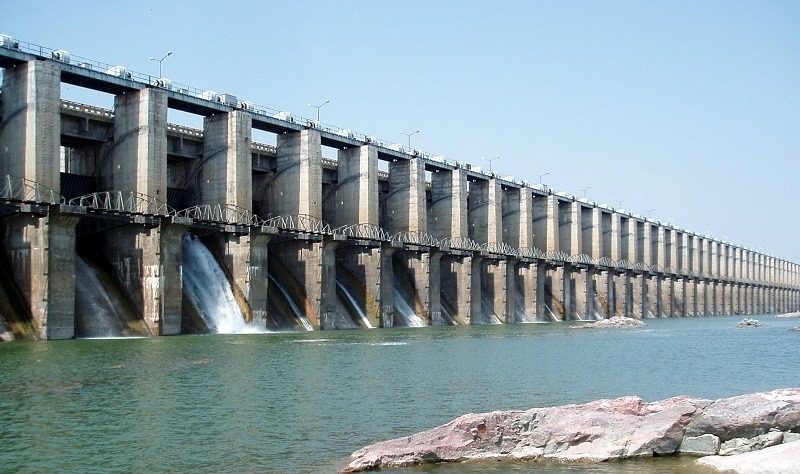 #1 of 12 Places to Visit in Mahabubnagar

Travel Tips: Chandraghad Fort (8 km) can be visited along with this place.

At a distance of 77 km from Mahabubnagar Bus Station, 18 km from Gadwal and 171 km from Hyderabad, The Jurala Dam is located around 10 km from Kuravpur, Mahabubnagar.

Also known as Indira Priyadarshini Project, the Jurala Dam was constructed in th eyear 1995 on the River Krishna. The foundation was laid by the Mr. Tanguturi Anjaiah and he named the project as Priyadarshini project. It has a full reservoir level of 1045 ft and has a full capacity of 11.94 TMC. The length of the project is around one kilometer and height is said to be around 27.80 meters.

The left and right canals of this project are supplying water to thousands of acres of Agriculture lands and also drinking water to many villages and towns. Power is being generated through Hydro Electric Project which is shared with Karnataka state.

This place is also a major tourist attraction of Mahabubnagar district. Deer Park is available at distance of 1.5 km from the destination with about 100 deers and Ramalayam Temple is located in the Project Colony and also Parthasaradhi Temple is located near the dam. The Korakonda Gattu Temple and Chintharevula Temple are very near to Jurala Dam.

The place attracts large number of tourists from Hyderabad, Mahbubnagar, Kurnool and Raichur during monsoon season when the water is released from the dam.

0 Must Visit Places in Mahabubnagar

Places to Visit in Mahabubnagar

How to Reach Mahabubnagar