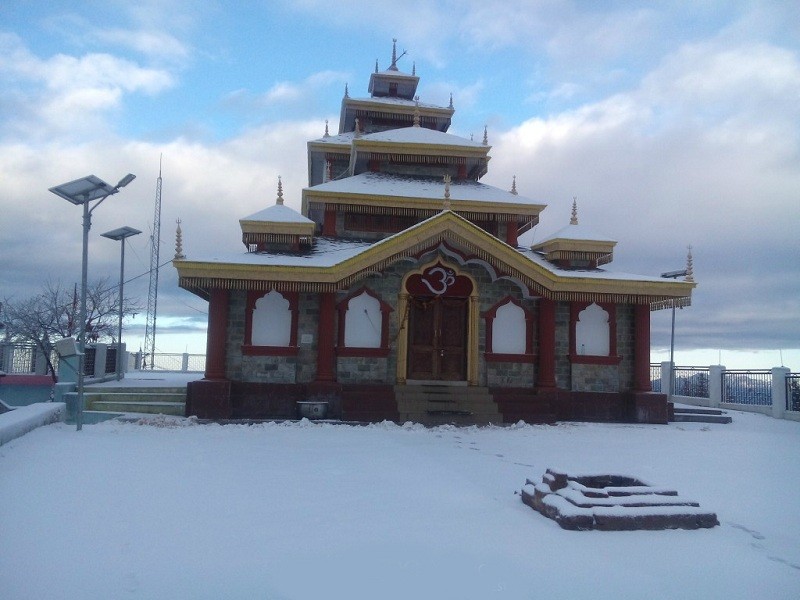 #1 of 10 Places to Visit in Dhanaulti

At a distance of 9 km from Dhanaulti and 35 km from Mussoorie, Surkanda Devi Temple is a Hindu temple situated at Kuddukhal village near Dhanaulti in the Tehri district of Uttarakhand state. Located on Chamba - Dhanaulti Road, it is one of the prominent places of pilgrimage in Uttarakhand and among the must include places in Dhanaulti Tour Packages.

Surkanda Devi Temple is dedicated to Goddess Parvati. This temple is one of the 51 Shakti Peeth located all over the Indian subcontinent and also a part of the popular Devi Darshan triangle that includes Chandrabadni and Kunjapuri. According to the mythology, the origins of the Surkanda Devi temple can be attributed to Goddess Sati, wife of Lord Shiva who immolated herself in her father Daksha's sacrifice when he embarrassed Shiva by not inviting the couple to the Yajna. When Shiva was passing over this place on his way back to Kailash carrying Sati's body, her head fell at the spot where the modern temple of Surkhanda Devi stands and due to which the temple's got its name as sirkhanda which overtime is now called surkanda.

Perched at an altitude of about 2756 m, the temple is famous for its architectural beauty and offers a 360-degree view of the surrounding region along with the snowy Himalayan peaks. Also, it commands a beautiful view of Dehra Dun, Rishikesh, Chandrabadni, Pratapnagar, and Chakrata. Flowers of varied kinds and indigenous herbs are grown in abundance here and some of the beautiful birds of the western Himalayas are also found in the neighborhood.

Surkanda Devi temple demands a trek of about 2 km trek from the village of Kaddukhal. The trekking path is well paved and takes about 30 minutes one way. Tourists can also reach the temple by walking along an 8 km trek path amidst the dense forests from Dhanaulti. Hence, it is also a popular attraction among trekkers.

Surkhananda Devi Fair is celebrated on the eve of Ganga Dussehra at the temple. The festival is celebrated in the month of May/June every year and attracts a large number of devotees.

4 Must Visit Places in Dhanaulti 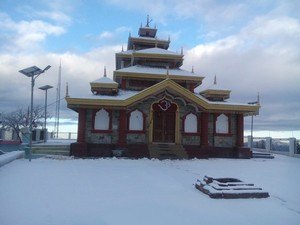 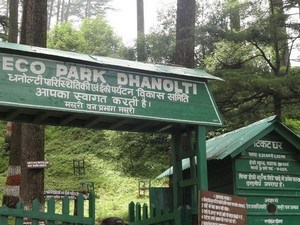 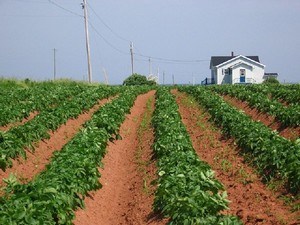 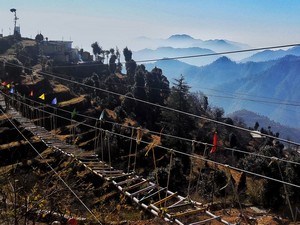 All Places to Visit in Dhanaulti
All Dhanaulti Tour Packages

Places to Visit in Dhanaulti

How to Reach Dhanaulti