When Lord Hanuman found Sanjeevani to save Lakshmana during the war with Ravana, he carried the entire Hill as he could not recognize the Sanjeevani plant. It is believed that, a part of the Hill (carried by Hanuman) was dropped at this place and called as Ardhagiri (half hill). It is believed that consuming water of Pushkarini at this temple can get you free from all diseases.

Special poojas are performed here on every full moon day. Hanuman Jayanthi is also celebrated in a grand manner.

1 Must Visit Places in Kanipakam 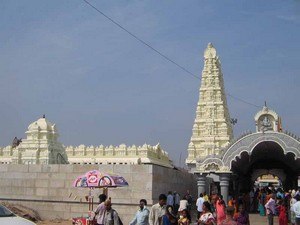 All Places to Visit in Kanipakam
All Kanipakam Tour Packages

Places to Visit in Kanipakam