#6 of 9 Places to Visit in Mantralayam

Travel Tips: Bichali can be visited along with Panchamukhi. It is 13 kms from Panchamukhi & 7 kms from Gillesugur on Mantralayam ? Raichur Road (which is 13 Kms from Mantralayam).

At a distance of 20 Kms from Mantralayam, Bichali, also spelled as Bichchali, is a picturesque place on the banks of river Tungabhadra, and famous for Appannachararya who was the closest disciple of Raghavendra Swamy. Guru Raghavendra performed meditation at Bichale for several years. The place where the meditation was performed was called Japadakatte. It is situated on the banks of River Tungabhadra and prime attraction of Bichali.

Appanacharya has written Stotras and lifestyle of Sri Raghavendra Swamy which has spread across and became famous. Upon hearing of Swamiji's decision to enter Brindavana, Sri Appanacharya rushedto Mantralayam and found that Tungabhadra in full flow due to suddent rain. Unable to cross the river, he started singing Raghavendra stotra as a prayer to Swamiji. It is said that on hearing the stotras, River Tungabhadra slowed down to allow him to cross.

As Appanacharya arrived into the Math, he was mid-way through singing the last stanza of his hymn. At the same time, the last slab was placed on Sri Raghavendra Swamy in the Brindavana. On seeing this, Sri Appanacharya was overcome with emotion and was unable to sing any further to complete the stanza. Suddenly, a voice of Raghavendra Swamy from inside the Brindavana completed the Stotra.

3 Must Visit Places in Mantralayam 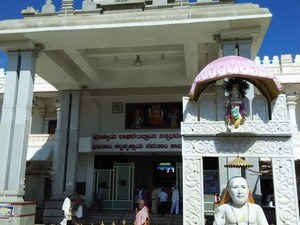 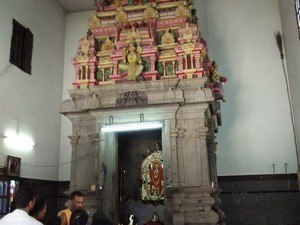 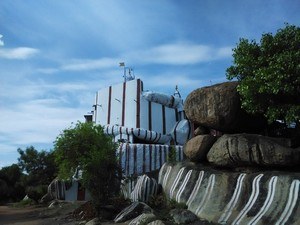 Places to Visit in Mantralayam

How to Reach Mantralayam