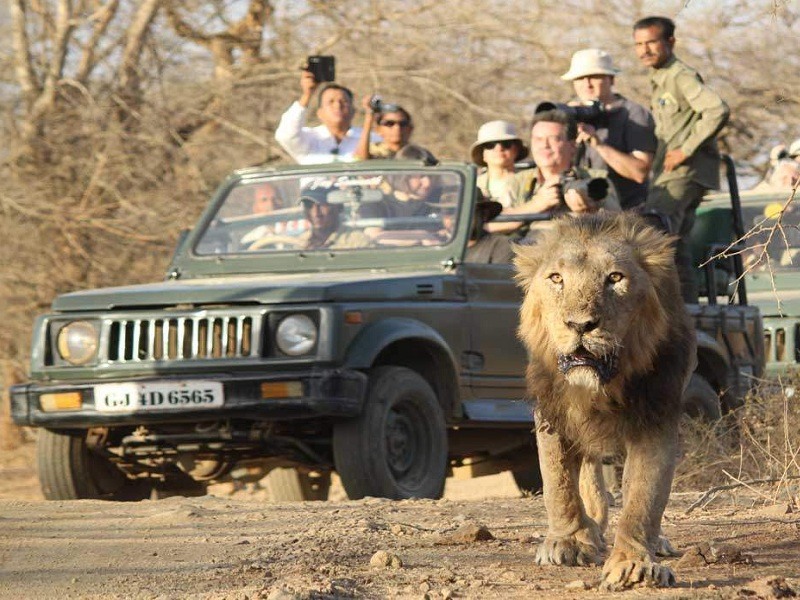 #1 of 5 Places to Visit in Gir National Park

At a distance of 500 m from Sasan Gir Bus Stand, Jungle Safari is the major attraction and one of the most popular options to spot animal movement and admire beautiful landscape in Gir National Park. Sasan Gir is the most celebrated wildlife sanctuary in India as it is the royal kingdom of Asiatic lions and essentially the only place on earth where these majestic beasts roam freely after Africa.

Only Jeep safari is available at Gir National Park. There is no canter safari or elephant safari unlike to the other national parks of India. There are eight safari routes, although most overlap with each other, with different entry and exit points. These routes have been made within the tourism zone of the Sanctuary with an average length of 35 km each. They are randomly assigned by the computer along with a driver and guide when you present your permit at the Reception Center, Sinh Sadan, Sasan Gir. One can also visit Kamleswar Dam while on a Gir National Park Safari where one can climb the watchtower and gaze at stunning panoramic views of the park, the lake, and the tribal villages. The dam is home to large number of Marsh Crocodiles.

There are three Gir Jungle Trail jeep safaris per day inside the park. During this 3 hour Jeep Safari, one can spot the Lions in their natural habitat along with other mammals and colourful birds. There are a limited number of vehicles allowed into the park, a maximum of 30 vehicles at a time. All these vehicles are attached to the Forest department and owned and run by local people. Visitors are strongly advised to book their jeep safaris, well in advance. Certain types of private vehicles are allowed in the park but only if they use petrol. A driver and guide are still required.

Visitors must obtain an e-permit, which grants access to Gir National Park, for the Gir Jungle Trail. The e-permit is issued per vehicle, with up to 6 occupants and only 1 child between 3 -12 years. The cost depends on the day you visit, with weekends and major public holidays being the most expensive. The permit doesn't include the Guide charge (Rs. 400 only) and Gypsy charge (Rs. 1700 only), which must be paid separately to respective Guides and Gypsy vehicle owners. All the permits for Gir National Park Jungle Trail can be booked online at https://girlion.gujarat.gov.in/ . The earliest that bookings can be made is three months in advance, and the latest is 48 hours beforehand.

The Gir Jungle Trails remains open every year from mid-October to mid-June and closed from 16th June to 15th Oct every year. The best visiting season of Gir National Park is during the months of December to March as the weather is pleasant and cool during this time. However, it can get very crowded during peak times with long waits. You're more likely to see wildlife, such as lions, when it is hot (from March to May), as they come out to get water. Weekends and holidays are to be avoided due to the crowds and higher fees charged. 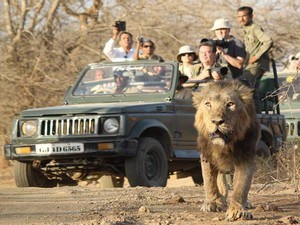 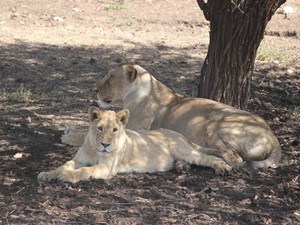 How to Reach Gir National Park