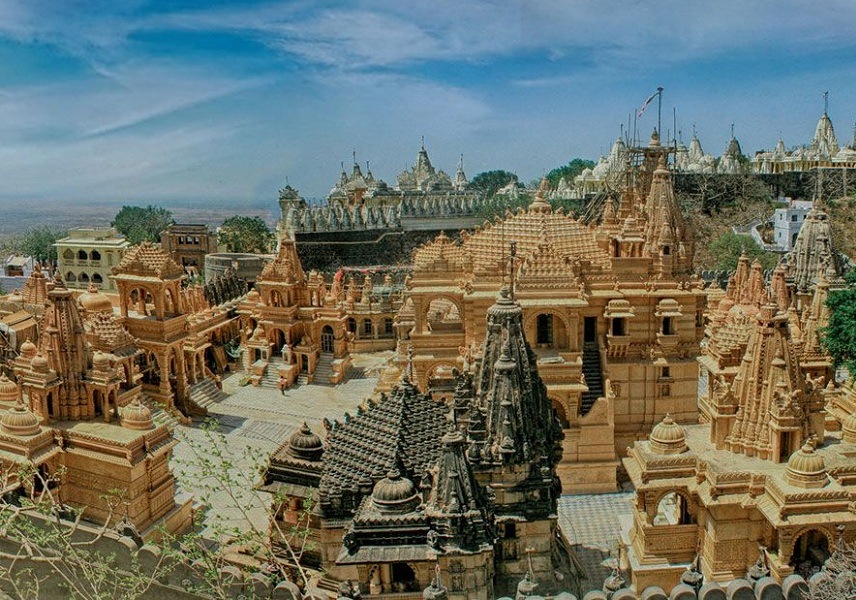 #1 of 8 Places to Visit in Palitana

At a distance of 9 km from the Palitana Railway Station, Shatrunjaya Hill is a sacred hill situated at Palitana town in Bhavnagar district of Gujarat. It is one of the holiest pilgrimage sites for the Jains and among the must-visit places as part of Palitana holiday packages.

Shatrunjaya means a 'place of victory against inner enemies' or 'which conquers inner enemies'. This site on Shatrunjaya hill is considered sacred by Swetambara Jains. According to the Shatrunjaya Mahatmya, the first Tirthankara Rishabha sanctified the hill where he delivered his first sermon. It was his grandson Pundarika who attained Nirvana at Shatrunjaya, hence the hill was originally known as 'Pundarikgiri'. Bharata Chakravartin, the father of Pundarik, also credited with building a temple here in honor of his father Rishabha. Legendarily it is also associated with many other Tirthankaras. Jains believe that a visit to this group of temples is essential once in a life to achieve nirvana or salvation.

There are more than 863 Jain temples on the hills spread mostly in nine clusters, some being vast temple complexes, while most small in size. This is considered the world's largest Temple Complex, and among the prime Palitana tourist places. The construction of Palitana Jain temples spanned over a period of 900 years. These temples were built in two phases. The first phase being from the 11th to12th centuries AD as a part of the resurgence of temple building all over India. They were destroyed by Turkish Muslim invaders in 1311 AD. Most of the temples which are now present belonged to the 16th century CE. No one person can be attributed to the construction of these magnificent temples rather it was the effort of the wealthy businessmen who were followers of Jainism. The temples were brought under the control of the Anandji Kalyanji Trust in 1730.

The Adinath temple, dedicated to Rishabhanatha, is the main temple in the complex and is the grandest. The prayer halls of this temple are decorated with ornamental friezes of dragons. The Adinath temple houses 7 feet tall white-colored idol of Lord Adinath in the Padmasana posture. There are three pradakshina routes, followed in a clockwise direction, which are associated with this temple. The first is circular and includes the Sahasrakuta temple, the temple of feet of Ganadhar, and the temple of Simandhar Swami. The second passage passes the new Bhagawan Adishwar temple, Mt. Meru, the temple of Samavasaran, and Sammet Shikhar temple. The third passage passes the Ashtapada temple, the Chaumukh temple.

Built in 1616 CE, the Chaumukha temple is a humbling sight with its imposing gateway and sprawling confines. The carvings on the marble within the temple are spellbinding. It has a four-faced Adinatha image sanctified on a white pedestal, each face turned towards the cardinal directions. Kumarpal Temple, Vimalshah Temple, Sampriti Raja Temple, Saraswati Devi temple, and Narsinh Kesharji temple, are the other notable structures on the hill. Kumarpal Solanki, a great Jain patron, probably built the earliest temple. The temple has a fabulous collection of jewels, and these can be seen with special permission. One can also visit a Muslim shrine of Angar Pir atop the hill.

The main temple is reached by climbing up 3500 steps and the journey is arduous. It takes approximately 2 to 3 hours to make the 3.5 km climb. For those who cannot climb the stairs, sling-chairs or dolis are available at a bargain. The code for the climbers is tough as food must neither be eaten nor carried on the way. The descent must begin before getting dark as no one is allowed to stay atop the sacred mountain during the night even the priests. The temples remain closed for the devotees during the monsoon season.

Mahavir Jayanti, the birthday of Mahavira, is a notable festival celebrated at the temple complex. A procession carrying images of the Tirthankara is made in huge decorated chariots, concurrently accompanied by religious ceremonies in the temples. The Chha Gau Teerth Yatra and Fagun Sud are the other auspicious festival celebrated here.

2 Must Visit Places in Palitana 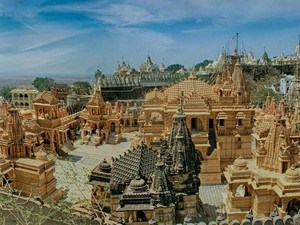 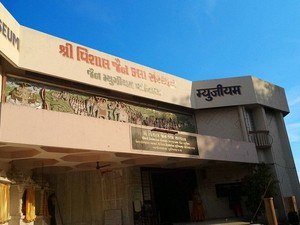 All Places to Visit in Palitana

Places to Visit in Palitana

How to Reach Palitana