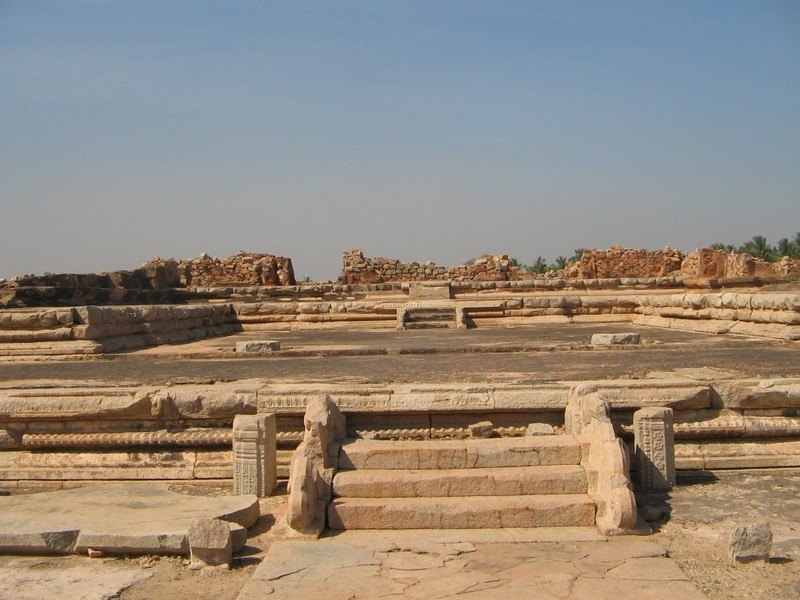 At a distance of 3 km from Hampi Bus Stand, Vira Harihara Palace is an ancient structure located within the fortified area of the Royal Enclosure, south of Hazara Rama Temple in Hampi. Only the ground level of the structure can be seen today.

The base of this palace, along with a number of other residential structures is located inside a compound. The area was also called the Mint, based on the mention in one of the chronicles by the travelers who visited this capital in the 15th century. It is believed that the palace belonged to Harihara Raya II, the third king of the Vijayanagara Empire. The Palace is said to have been constructed in the 14th century. After Harihara II, the palace was used by the subsequent kings of the Vijayanagara Empire.

The entry to the building is through the eastern side of the wall. The original boundary walls protecting the palace still remain. The tiered foundations showcase the architectural skills of the Vijayanagar craftsmen. It is believed that the palace architecture made extensive use of wood.

Situated near the base of the palace, one can also find an elevated platform that has about a dozen steps. This was used by the king to get on his elephant. The platform has two portions supported by ornate brackets. Among the ruins, a rectangular well with a carved Nandi head as a water inlet, a royal court, residential quarters and a kitchen can be observed.