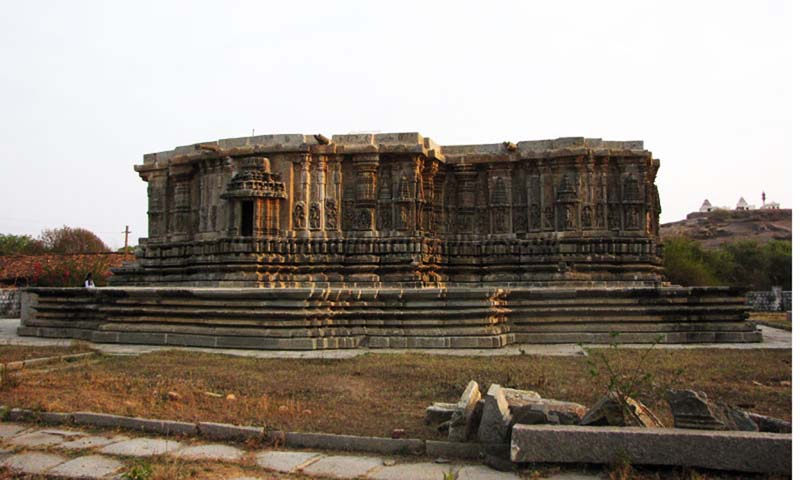 #22 of 22 Places to Visit in Shravanabelagola

At a distance of 2 km from Shravanabelagola Bus Station and 2.5 km from Bahubali Gomateshwara Temple, Shanthinatha Basadi located in Jinanathpura was built in 11th century by Ganga Raja, the general of the Hoysala king Vishnuvardhana.

This temple is a fine example of Hoysala style of architecture. It consists of an entrance cell, a hall & garbagriha built over a star shaped base (similar to the temple of Belur & Halebid). The carved image of Shanthinatha, the 16th Tirthankara, is seated on a lion pedestal. The garbhagriha is guarded by two dwarapalakas. The hall has extensively carved pillars adorned with beaded work. The outer walls have a row of large images of Parshwanatha, Suparshwanatha and other Jain characters including Yakshas, Yakshis, Brahma, Saraswathi, Manmatha, Mohini, drummers, musicians, dancers, etc.