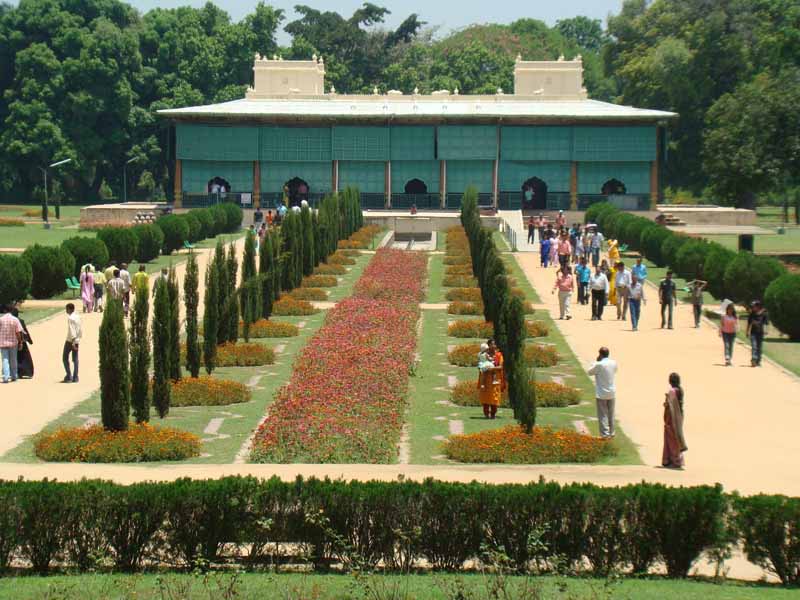 #2 of 12 Places to Visit in Srirangapatna

At a distance of 3 km from Srirangapatna Railway Station & 16 Kms from Mysore, Daria Daulat Bagh also known as Tipu's Summer Palace is located in Srirangapatna. Hyder Ali commenced its construction in 1778 and his son Tippu Sultan completed it in 1784 AD. The palace is surrounded by a large garden on the southern bank of the river.

The palace was made with teakwood in Indo-Saracenic style. The pillars, walls, canopies, arches and the corridors are graced with several murals. They depict scenes of warfare by Hyder Ali and Tippu Sultan, the Nizams of Hyderabad, the British and French soldiers. The eastern wall has paintings representing the scenes of Darbars of different contemporaries of Tippu Sultan including the Hindu Rani of Chittor, the Raja of Tanjore, the Raja of Benares, Peshwas, etc.

The Daria Daulat Bagh palace is now converted in a museum housing several of Tippu's memorabilia. First floor of the palace houses sketches, drawings and paintings along with block prints and Tipu's clothes.