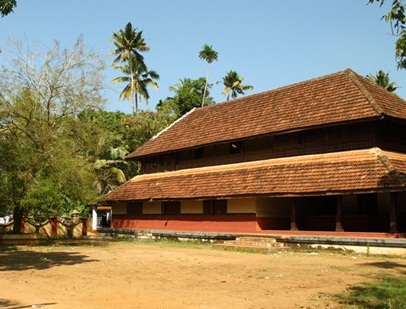 At a distance of 28 km from Ernakulam Junction (South) Railway Station, Chendamangalam (a small village near Paravur) is famous for Paliam Palace, residence of the Paliath Achans, Prime Ministers to the former Maharajas of Kochi. It is one of the architectural splendors of Kerala state.

The Palace was built in mid 16th century and it features a rare collection of historic documents and relics. The place is dotted with three rivers, seven inlets, hillocks and vast expanses of green plains.

Other places of interest around Chendamangalam include:
- The Jewish synagogue built in 1614 AD
- Remains of the Vypeenakotta Seminary built in the 16th century by the Portuguese
- Sri Venugopala Swami Temple established in 1900 AD
- An ancient Syrian Church

The hillocks at Kottayil Kovilakom are unique as the site of a Hindu temple, a Christian church, a mosque and Jewish synagogue, within 1 km radius. The town is also an important center for handloom weaving and coir making.