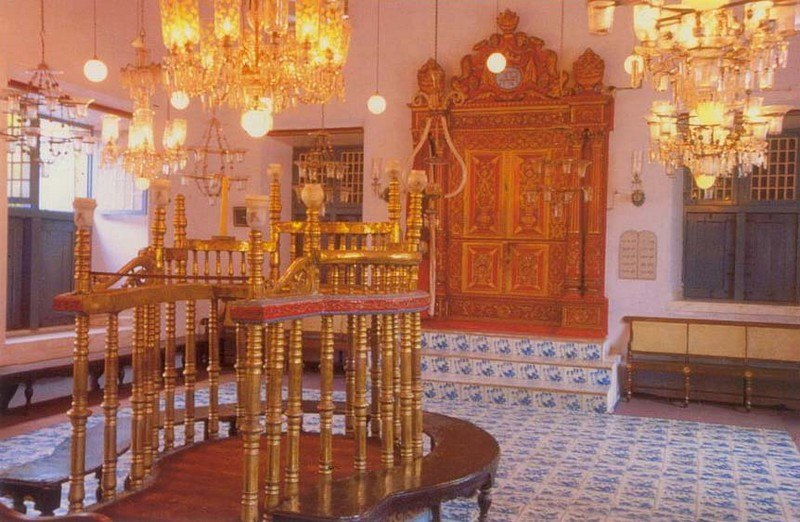 At a distance of 10 km from Ernakulam Junction (South) Railway Station, Cochin Jewish Synagogue is a religious place located at Jew Town in the Mattancherry area of Kochi city. It is the oldest synagogue in the Commonwealth of Nations, and among the must-visit places during your Kochi tour.

Also known as Paradesi Synagogue, & Mattancherry Synagogue, the Cochin Jewish Synagogue was constructed in 1568 by Samuel Castiel, David Belila, and Joseph Levi for the Malabari Jewish community who mainly migrated from the Middle East and Europe. In 1662, it was destroyed by the Portuguese and then reconstructed, two years later, by the Dutch. The synagogue is located in the quarter of Old Cochin known as Jew Town and is the only one of the seven synagogues of the Cochin Jewish community still in use.

The complex has four buildings. It was built adjacent to the Mattancherry Palace temple on the land given to the Malabari Yehuden or 'Yehuden Mappila' community by the Raja of Kochi, Rama Varma. The Mattancherry Palace temple and the Mattancherry synagogue share a common wall. The structure stands as a white-walled rectangular building with a tile roof and wrought-iron gates decorated with the Star of David. A Dutch-style clock tower with four clocks, featuring four different numeral styles-Hebrew, Roman, Malayalam, and Arabi was added by the Dutch East India Company's principal merchant in India, Ezekiel Rahabi, in the mid-18th century.

The synagogue houses gold- and silver-decorated Torah scrolls, an intricately carved teak ark, a rug that was a gift of the Ethiopian emperor Haile Selassie I, paintings portraying Jewish history, and Belgian crystal chandeliers and decorative lamps in silver, brass, and glass. A unique feature is the hand-painted tiles paving the floor, which were brought from China. The synagogue's most cherished possessions are the 1,600-year-old copper plates on which are inscribed the community's charter of independence and the privileges granted to the Jewish community by the raja of Cochin.