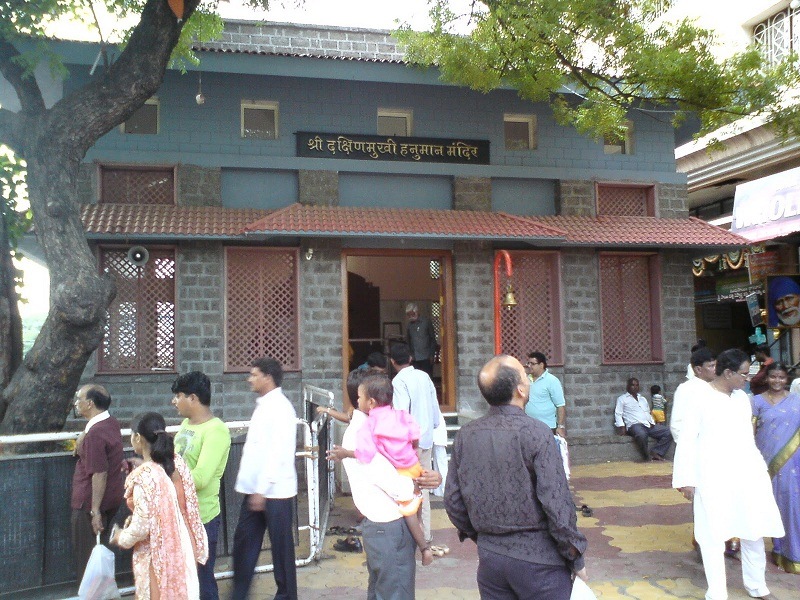 The temple is dedicated Lord Hanuman, an ardent devotee of Lord Rama. There are two Hanuman idols side by side in this temple, where some weights and dumbbells are kept in a corner. It is well known that Lord Hanuman is the benefactor deity of wrestlers. It is said that during Chavadi Procession, Sai Baba used to halt at Lord Hanuman temple and waved his hands showing some strange gestures and stood quietly there for few minutes. The palki of Sai Baba which is taken out on special occasions also stops at the Maruti Mandir and the worshippers praise Sai Baba and Lord Hanuman. Peepal and Neem trees are situated in front of the temple. A Shivling along with Nandi is also installed on this site by Murthikar Bajre Rao Dalve of Bombay.

Maruti Mandir was the place where sadhus used to stay, including the ascetic Devidas, whom Baba would occasionally visit during his earlier years in Shirdi. When Baba went to Rahata with the fakir Javhar Ali in the early 1890s, his devotees were deeply unhappy at his absence from them. After about eight weeks they succeeded in persuading Javhar Ali to let Baba return to Shirdi, though he insisted on coming too. A few days later, a debate was held in this temple between Javhar Ali and Devidas. The fakir was roundly defeated, causing him to flee the area, after which Baba remained among his devotees in Shirdi until the end of his days.

Hanuman Jayanti and Ramnavami are celebrated on grand scale at this temple every year. 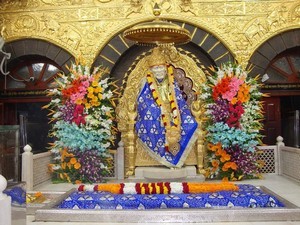 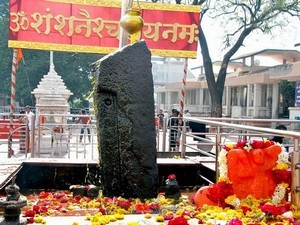