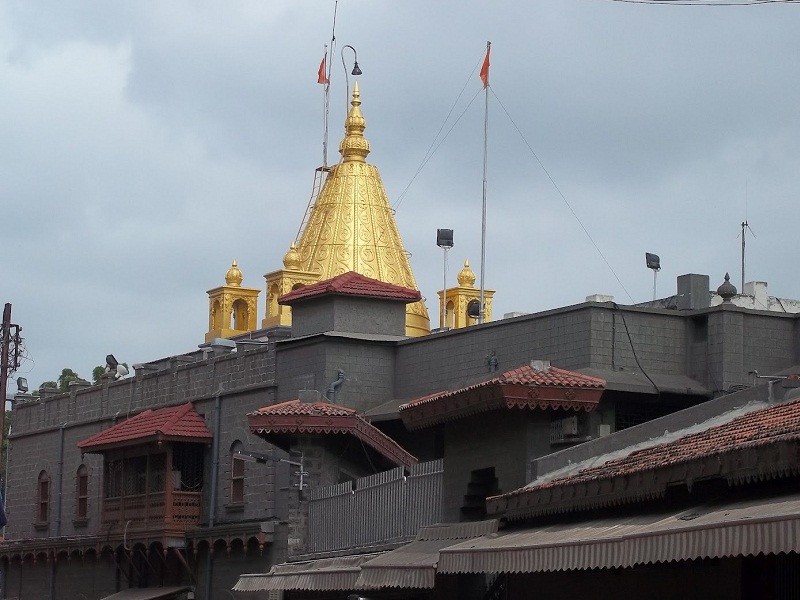 Peak Season: October to February & May to June

At a distance of 58 km from Manmad, 82 km from Ahmednagar, 90 km from Nashik, 180 km from Pune, and 258 km from Mumbai, Shirdi is a pilgrimage town located in Ahmednagar district of Maharashtra. This is one of the popular places of pilgrimage in Maharashtra as well as in India.

Shirdi is home to the shrine of Shirdi Sai Baba, which is the main attraction for the devotees as part of Shirdi tour packages. Sai Baba, who belonged to the 20th century, is known as one of the greatest saints of India. Sai Baba visited Shirdi when he was 16 years old and stayed there until he died in 1918. Sai Baba transformed this small village into a holy pilgrimage site for his devotees. This is one of the must include places in Maharashtra tour packages.

Many tales of the renowned Shirdi Sai are associated with Shirdi, among the best pilgrimage places to visit near Pune. His selfless love and dedication to the poor earned him respect for which he is worshiped even now. Shirdi is the place where he attained his 'Samadhi', or the final abode.

The Shirdi temple complex covers an area of about 200 square meters. It includes Gurusthan, Samadhi Mandir, Dwarkamai, Chavadi, and Lendi Baug. Shirdi Temple is one of the richest temples in India with estimated donations of INR 4 billion per annum. Maruti Temple, Khandoba Mandir, Sai Heritage Village, Shanisinghnapur, and Nashik are the other places to visit in Shirdi.

A large number of devotees of all faiths flock to the temple of Shirdi Sai Baba throughout the year. On average, daily 50,000 devotees visit Shirdi village, to have the darshan of Sri Saibaba. In the festival season, more than 100,000 devotees visit the temple every day. The Sri Sai Baba Sansthan Trust (Shirdi) has provided 2,500 rooms of varied capacity for accommodation. Apart from the temple trust complex, there are many accommodation options available in Shirdi ranging from budget to star category.

Pune International Airport is the nearest airport, which is about 185 km from Shirdi and has daily flights from Mumbai, Bangalore, Hyderabad, Chennai, Kochi, Delhi, Kolkata, and Goa. Shirdi is well connected by train with Ahmednagar, Pandharpur, Chennai, Hyderabad, Aurangabad, Kalka, Mumbai, Pune, Nashik, Chandigarh, Delhi, Agra, Bhopal, Manmad, Puri, Vijayawada, Vizag, Tirupati, and Mysore. Manmad Junction Railway Station is the major railhead, which is about 58 km from Shirdi. Shirdi lies on the Ahmednagar-Manmad Highway and is well-connected by bus to major cities like Nashik, Aurangabad, Mumbai, Pune, Goa, Ahmednagar, Ahmedabad and Hyderabad.

The best time to visit Shirdi is throughout the year but the peak season is from October to November.

How to Reach Shirdi - Full Details

Top 10 Places to Visit in Shirdi

At a distance of 600 m from Shirdi Bus Stand, Sri Shirdi Sai Baba Temple is situated in the center of Shirdi town. It is one of the most famous shrines of pilgrimage in India and also prime place to include in your Shirdi Tour Packages.

The Shirdi Temple is dedicated to Sri Sai Baba and he is revered as one of the greatest saints ever seen in India, endowed with unprecedented powers, and is worshipped as an incarnation of God. Baba first made his appearance in Shirdi as a youth and remained there until he died in 1918. He transformed the lives of those who met him and continuously is doing so even after his Samadhi for those who pray him for his blessings. This is one of the popular places to visit in Shirdi.

At a distance of 72 km from Shirdi and 44 km from Ahmednagar, Shani Shingnapur or Sonai is a village in Nevasa taluka of Ahmednagar district in Maharashtra. The village is known for its popular temple of Shani Mahadev, the Hindu god associated with the planet (graha) Saturn. This is one of the most popular Shani temples in India and also among the famous pilgrimage places to visit near Pune.

The idol of Lord Shanidev at the Shingnapur temple is swayambhu and the temple is believed to be a jagrut devasthan, meaning that a deity still resides in the temple. The idol is personified in the form of a black stone that is five and a half feet high installed on an open-air platform. There is a Trishul alongside the stone as well as a Nandi on its south. In front are the small images of Shiva and Hanuman. An east-facing multi deity temple was built west of the Shani idol later. The premises also contain a tomb of Saint Udasi Baba and a temple dedicated .....

At a distance of 87 km from Kalyan, 90 km from Igatpuri, 108 km from Thane, 117 km from Pune, 124 km from Ahmednagar, 130 km from Lonavala, 140 km from Shirdi, and 141 km from Mumbai, Malshej Ghat is a mountain pass located on Kalyan - Ahmed Nagar Road in the Thane district of Maharashtra, India. Nestled in the lofty rugged hills of the Western Ghats, it is one of the picturesque places to visit in Maharashtra, and among the popular hill stations near Pune.

Situated at an altitude of about 700 m, Malshej Ghat is an ideal retreat from the clamor of city life and is a heaven full of natural beauty. The place is known for its rugged mountains, trekking trails, amazing waterfalls, and numerous lakes. This stunning mountain pass is an amazing getaway from Mumbai and Pune and lures a huge number of tourists as part of Malshej Ghat tour packages, especially .....

There is a beautiful and well maintained garden covering large area. There is also a nice play area for kids. Rope ways and toy train are other attractions for kids at this place. There is also a small restaurant which provides some tasty food for the visitors.

At a distance of 300 m from Shirdi Bus Stand and 600 m from Shirdi Sai Baba Temple, Khandoba Mandir is a small temple situated on Ahmednagar - Kopergaon Road in Shirdi. It is also a part of Shirdi Darshan tour.

The temple is dedicated to Khandoba, who is the presiding deity of the town and is considered to be another form of Lord Shiva. Khandoba temple is a small well maintained and calm place. A stone idol of Lord Khandoba is located in the sanctum sanctorum of the temple. Also idols of Lord Sai Baba and Mahalsapati are inscribed as a remembrance of event of Lord Baba coming to Shirdi. A rectangular sandpit is situated in front of the Khandoba temple which was used for fire-walking in earlier days. Now this tradition has stopped. Even though during annual festival of Champa Shashti, devotees walk on hot coals in accompaniment of bhajans.

It is believed that Sai Baba came to Shirdi for a second time with a marriage party and set his foot under the banyan tree. The priest named .....

The temple is dedicated Lord Hanuman, an ardent devotee of Lord Rama. There are two Hanuman idols side by side in this temple, where some weights and dumbbells are kept in a corner. It is well known that Lord Hanuman is the benefactor deity of wrestlers. It is said that during Chavadi Procession, Sai Baba used to halt at Lord Hanuman temple and waved his hands showing some strange gestures and stood quietly there for few minutes. The palki of Sai Baba which is taken out on special occasions also stops at the Maruti Mandir and the worshippers praise Sai Baba and Lord Hanuman. Peepal and Neem trees are situated in front of the temple. A Shivling along with Nandi is also installed on this site by Murthikar Bajre Rao Dalve .....

At a distance of 70 km from Nashik, 104 km from Shirdi, 157 km from Pune, and 172 km from Mumbai, Bhandardara is a small hill station and a holiday resort located in the Ahmednagar district of Maharashtra. It is one of the lesser-known hill stations in Maharashtra, and among the beautiful places to visit near Mumbai city.

Bhandardara is situated at an altitude of 750 m on the banks of river Pravara. The place is known for its natural beauty and its soothing environment. This is also one of the popular Maharashtra tourist places. According to a legend, sage Agastya meditated here for a year. Pleased with his penance, Gods blessed him with a stream of river Ganga, now known as river Pravara.

This tiny hill station is a blend of natural beauty, waterfalls, mountains, tranquility, greenery, refreshing air, and pristine ambiance that .....