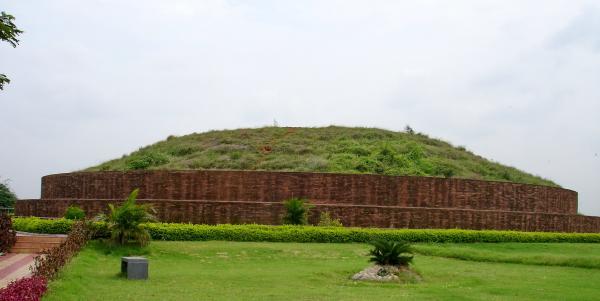 #2 of 6 Places to Visit in Khammam

At a distance of 22 km from Khammam, 111 km from Nalgonda and 200 km from Hyderabad, Nelakondapalli is an important Buddhist excavation site in Telangana located in Khammam District.

Nelakondapalli is a historic Buddhist site with Stupas and Buddha idols. The site was found during the excavations conducted in 1977. Excavations have unearthed foundations of brick built Viharas, wells, cisterns, a Mahastupa, a bronze idol of Buddha, a miniature Stupa carved in limestone and other materials from the third and fourth centuries.

Nelakondapalli is associated with the Hindu epic Mahabharata. The Virata Raju Dibba and Keechaka Gundam, archaeological evidences from the period of the Mahabharata are located 1.6 km from Nelakondapalli.

The Buddhist excavation site is about 3 km from Nelakondapalli Bus stop.