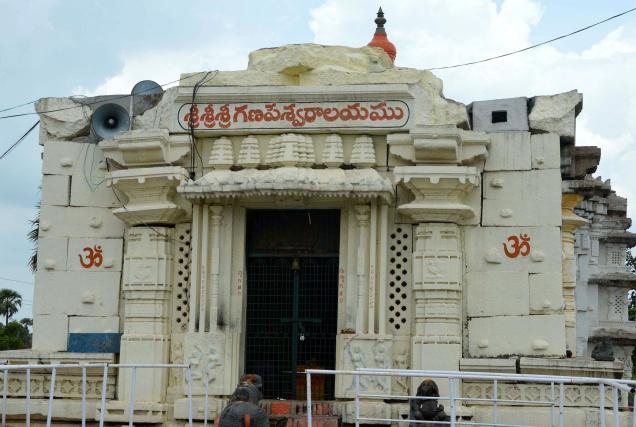 #3 of 6 Places to Visit in Khammam

Travel Tips: If you are travelling to Khammam from Hyderabad / Nalgonda, you can visit this place with 30 minutes effort.

At a distance of 22 km from Khammam, 39 km from Suryapet and 174 km from Hyderabad, Kusumanchi is situated in Khammam District of Telangana.

Kusumanchi was known as Krupamani in the Kakatiya period. It is home to Sri Ganapeshwaralayam and Mukkanteswaralayam, the two Siva temples built by the Kakatiya rulers during 12th and 13th centuries. These temples stand as testimony to the architectural skills of the Kakatiya kings. The historical shrines have a striking resemblance to famous Ghanpur and Ramappa temples of Kakatiya period in the Warangal district.

Ganapeshwaralayam is about 1.7 km from Kusumanchi Bus Stand. This temple constructed using stone resembling thousand pillars temple of Warangal in architecture. The Shiva lingam in the temple is three meters high with a radius of two meters and it is one of the biggest Shivalingas in the state. Built on an elevated platform facing east, the temple consists of pillared rangamandapa and antarala followed by the sanctum. With entrances on three sides, the temple is a beautiful structure. Ganapeshwaralayam attracts large number of devotees during Sivaratri festival from Warangal, Nalgonda and other neighboring regions. There is a 15 ft high idol of Lord Venu Gopala on the southern side of the temple.

Mukkanteswaralayam is located a few meters away from Ganapeswaralayam. It is a trikutalaya with three shrines having common mandapa. Each shrine has a portico, garbhagruha and antarala with a common 16-pillared mandapa. The pillars in the common mandapa are wonderfully carved with images of swans and floral designs.

Government is working on renovating these temples.