Situated on the banks of River Yamuna, Delhi is the capital city of India and also a very popular tourist destination in India. Delhi is India's second-most populous city after Mumbai, and one of the fastest-growing cities in the world. Delhi is renowned for its Mughal and British era architectural monuments.

Historically, the city was known as Indraprastha or Hastinapura, the renowned capital of the legendary Pandavas, which has overwhelming history and rich cultural heritage. Delhi has two parts, Old Delhi and New Delhi. The narrow, winding lanes and bylanes of old Delhi are a testament to the former Mughal rule. Old Delhi houses one of the country's oldest and busiest market – Chandni Chowk. Red Fort, India Gate, Qutub Minar, Jantar Mantar, Rashtrapathi Bhavan, Akshardham Temple, Lotus Temple, & Raj Ghat are the popular Places to visit in Delhi. Delhi is included on the Golden Triangle Tour circuit, along with Agra and Jaipur.

From historical monuments to crowded shopping malls, from an extensive network of the modern metro system to Delhi University campus, Dilli has multiple personalities and is considered to be the city with a heart. If you are planning to explore this historical city and make your holiday memorable, then book your Delhi Packages with Trawell.in. We offer end-to-end services like luxurious and comfortable accommodation, transportation, and customized sightseeing tours at affordable rates.

Whether you are planning for a family trip, couple, or a group, Trawell.in caters to all your needs with a hassle-free experience and flawless services. You can also choose several Delhi Tour Packages from 2D/1N to 5D/4N to explore this old city. As part of a 2D/1N quick tour of Delhi, you can visit Jantar Mantar, Birla Mandir, Jama Masjid, Red Fort, Raj Ghat, Akshardham Temple, Qutub Minar, Alai Minar, Alai Darwaza, Alauddin Khilji Tomb, Tomb of Iltutmish, Iron Pillar, Lotus Temple, Humayun's Tomb, and Safdarjung Tomb. You can include Agra for 3D/2N Delhi Packages. If you are a history buff as well as an ardent devotee of Lord Krishna, then choose Delhi 4D/3N package as the itinerary include Agra, Mathura & Vrindavan sightseeing as well. While the 5D/4N Golden Triangle Tour package offers Delhi along with Jaipur, and Agra sightseeing.

Delhi can be visited at any time throughout the year, however, February to March and October to November is the best time to visit Delhi. This is the time when the weather remains pleasant and the city attracts many tourists from various parts of the world. October is also the time for one of Delhi's biggest festivities Dussehra and Diwali. Better to avoid visiting Delhi from December to January because of heavy smog cover. The summer months (April to July) are scorching in Delhi.

No reviews for this tour yet. 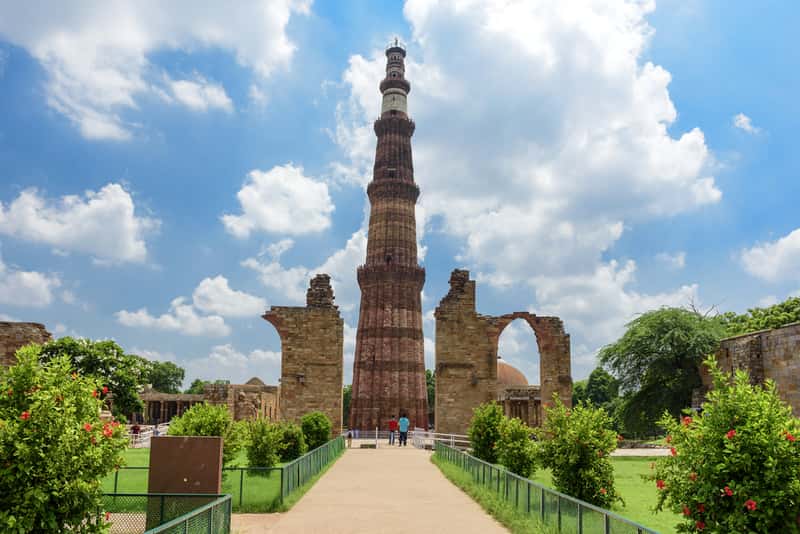 Delhi Tourism Places to Visit in Delhi Resorts in Delhi Best Time to Visit Delhi How to Reach Delhi Delhi Tour Packages
Not Found What You Need? Contact Us