Place Location: On The Coast Of Dubai

At a distance of 9 km from Burj Al Arab and 32 km from Dubai International Airport, Palm Islands are artificial islands on the coast of Dubai, United Arab Emirates. Often referred to as the 'eighth wonder of the world' Dubai's Palm Islands are the largest manmade islands in the world and among the must-see places in Dubai as part of Dubai Packages.

There are three islands in total that make up Palm Islands Dubai including Palm Jumeirah, Palm Jebel Ali and Palm Deira. However, the only island open to visitors is the Palm Jumeirah. These offshore islands were created using land reclamation which extends into the Persian Gulf. The creation of the islands started in 2001 and takes their name from their artificially crafted palm tree shape. The islets were made mostly from sand dredged from the floor of the Persian Gulf, but the side of the crescent that is exposed to the open sea was shored up with stones and boulders from the mainland. These will add a total of 520 kilometers shoreline to the city of Dubai.

Palm Jumeirah island takes the form of a palm tree, topped by a crescent which is home to some of Dubai's top luxury resorts, including Atlantis, The Palm, Jumeirah Zabeel Saray, One&Only The Palm and many more private residences. The developer of Palm Jumeirah was Nakheel Properties, a real estate company now owned by the government of Dubai and the master plan was drawn up by Helman Hurley Charvat Peacock, an American architectural firm. Construction of the Palm Jumeirah Island began in June 2001 and the developers announced the handover of the first residential units in 2006.

Trunk, spine, fronds, and crescent are the names by which the principal sectors of Palm Jumeirah are known. The broad trunk, connected to the mainland by a bridge, serves as the entrance to the Island. Another bridge connects the trunk to the spine, a narrow central axis from which 17 fronds protrude. The crescent is a breakwater that nearly surrounds the other sectors. It is divided into three sections so as to facilitate the circulation of seawater. A vehicular tunnel connects the spine to the crescent, and a transit monorail runs about 3 miles (4.8 km) from the mainland to the crescent through the spine and trunk. The crescent is 650 feet wide and about 16.9 km long altogether.

Access is easy, with a network of roads, tunnels and public transport options such as the Palm Monorail. The rail service includes a free car park at the base of the Palm and offers stops at Atlantis, The Palm and Nakheel Mall. Sailing around Palm Jumeirah in a yacht or speedboat is a popular option, with many private touring companies to choose from. The majority of the tourists and even the expats suggest viewing the islands from either in the air or from any of the popular skyscrapers around in Dubai like that of the Observation Deck in the Burj Khalifa. 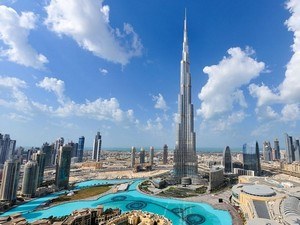 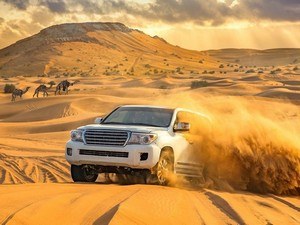 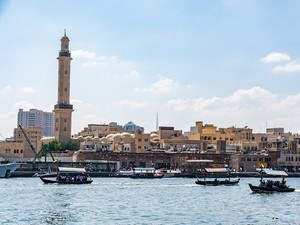 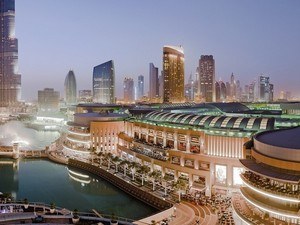 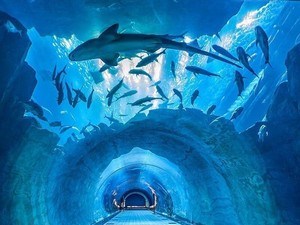 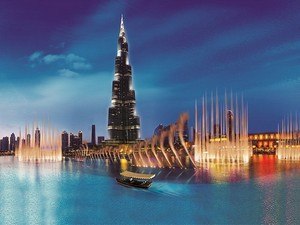 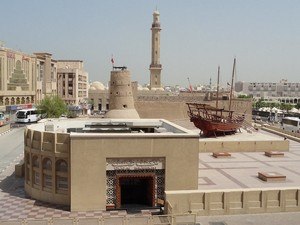 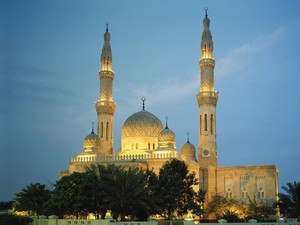 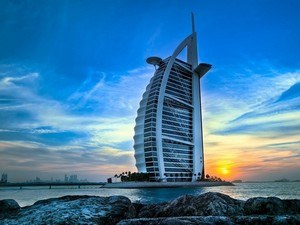 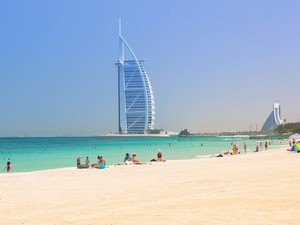 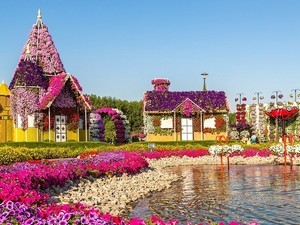 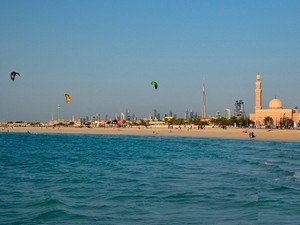 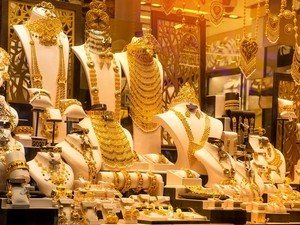