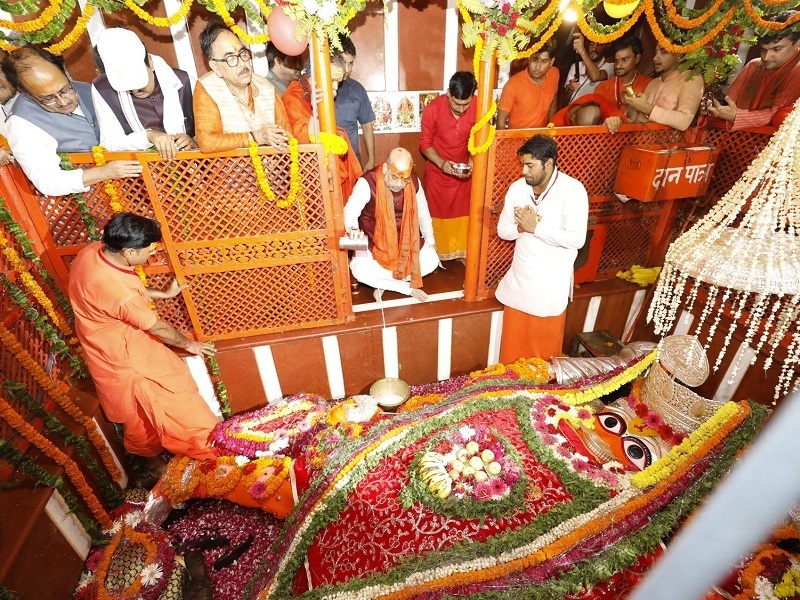 #8 of 18 Places to Visit in Prayagraj

At a distance of 1 km from Triveni Sangam, and 7 km from Allahabad Railway Station, Bade Hanuman Temple is a well-known temple located in Allahabad, Uttar Pradesh. Situated near Allahabad Fort, it is one of the popular religious places to visit in Allahabad.

Popularly known as Lette Hanuman Mandir, Bade Hanuman Temple is dedicated to Hanuman, the monkey god. This temple is an underground pit that houses a huge lying idol of Hanumanji, which is six to seven feet below the ground. This is the only Lord Hanuman temple in the world where the idol is in a reclining position. As per the mythology, Hanuman rested here after burning Lanka. Another interesting thing to know about this temple is that one side of Lord Hanuman's statue is half immersed in the water of the River Ganges. In the monsoon season when the water level rises, it is believed that the water of the river rises to touch the feet of the deity. During this time, a lot of devotees come to visit this sacred sight.

The legend has it, the king of Kannauj had no children. He went to Guru Ashram to get children and the Guru ordered that Rajan get the statue of Hanuman installed in his kingdom. And for that, he went towards the Vidhyanchal hills and he brought this statue to his kingdom by boat. On the way, the area of Prayag came. The king decided to rest the night by putting the boat on the shore at Prayag. Then suddenly the boat broke in the night and Hanuman Ji's Deity was submerged, seeing this scene, the king was very sad and returned to his kingdom. After many years, the water level of the Ganges decreased, then a Ram devotee Baba Balagiri Ji Maharaj found out the deity while digging the dhuni. Baba was very pleased to see the whole Deity and started worshiping Hanuman Ji here.

Inside the temple, there is a sanctum that houses the south-facing idol of Lord Hanuman in a reclining posture. With 20 feet long and 8 feet wide, the idol is said to be about 600-700 years old. Besides, there is a peepal tree and the 'Janaki Temple' in the vicinity of the temple. The temple is managed by the Baghambari Gaddi. The shrine is a popular pilgrim spot in the city and stays especially busy on Tuesdays and Saturdays. 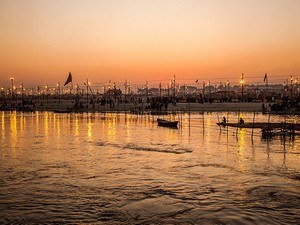 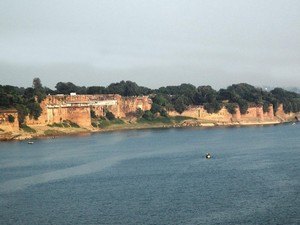 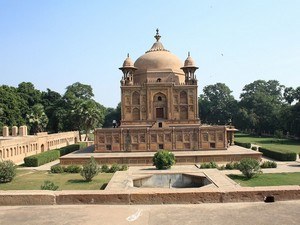 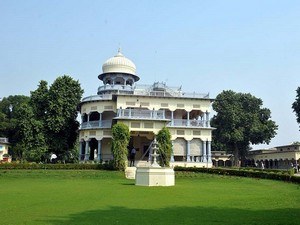 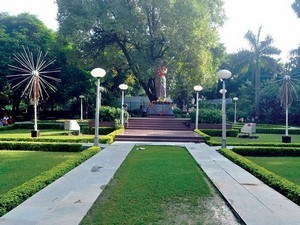 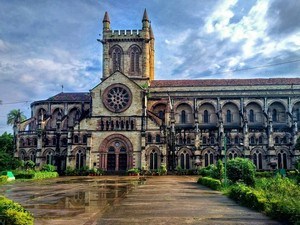 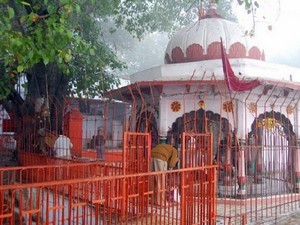 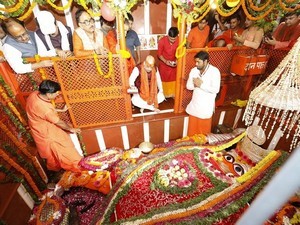 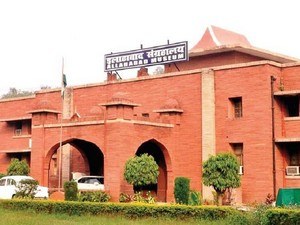 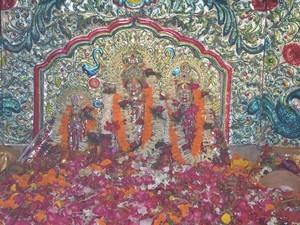 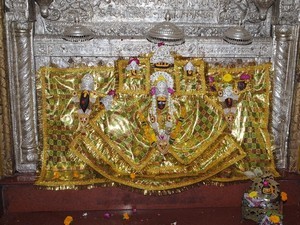 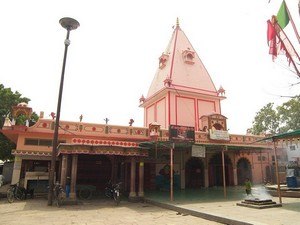