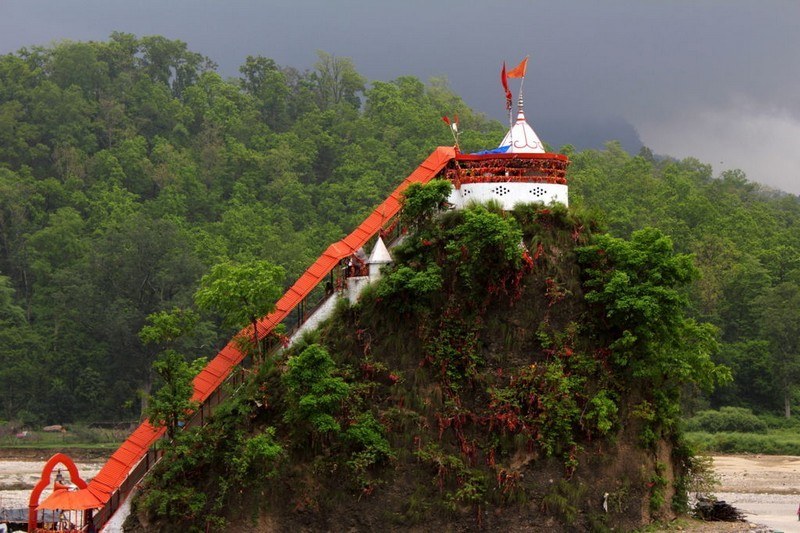 #7 of 10 Places to Visit in Jim Corbett National Park

At a distance of 14 km from Ramnagar, Garjiya Devi Temple or Girija Devi Temple is a famous temple located in Garjiya village on the outskirts of the Corbett National Park in Nainital district of Uttarakhand.

It is a sacred Shakti shrine and is one of the most famous temples in Nainital district. Katyuri Kings, the rulers of Ramnagar, discovered the temple in 1840. It is said that the idol of Goddess Parvati was found on mountains at Garjiya village and the temple was built. In 1970, the temple was reconstructed and after that, the temple gained prominence and visited by large number of tourists.

The temple is dedicated to Goddess Garjiya Devi and is situated over a large rock in the middle of Kosi River. Legends believe that Garjiya Devi is the incarnation of Goddess Parvati, daughter of King of the Mountains also known as Giriraj. The temple houses a 4.5 feet high idol of Girija Devi along with the idols of Devi Saraswati, Lord Ganesha and Bhairav Nath. There is also a temple of Laxmi-Narayan in the temple premises. The idols of this temple were found during excavation here. It is believed that the prayers here are not complete until the devotee worships Bhairav after worshipping Girija Devi.

On the day of Kartik Purnima, a big fair is held at Garjiya Temple which is visited by thousands of devotees from surrounding areas. The temple becomes inaccessible during monsoons due to high water level in Kosi River. 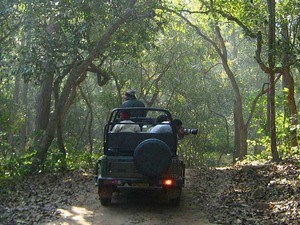 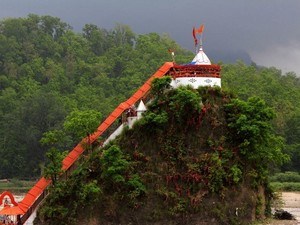