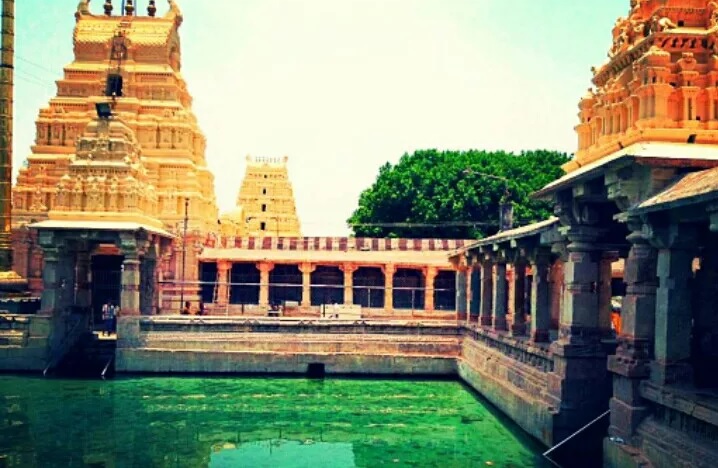 #1 of 7 Places to Visit in Mahanandi

Just opposite to Mahanandi Bus Station, Mahanandishwara Temple is one of the famous pilgrimage sites in Andhra Pradesh dedicated to Lord Shiva. There are nine Nandi shrines known as Nava Nandis and Mahanandishwara temple is the prime temple. The temple is said to have been built by Chalukyas in 7th century and was later enhanced by local Nanda Dynasty (10th century) and Vijayanagara Kings (15th century).

Located to the east of Nallamala forest range, the main attractions of the temple are Pushkarini and tower (Vimana) over the Garbha gruha built in Badami Chalukyan style. Other structures in the temple are in Vijayanagara style. The linga in the central sanctum is unique because it is like a rough uncut rock, with two cavities. According to the legend, the local kings known as Nandas ruled here in the 10th century AD and they built a number of temples and worshipped their ancestral deity, Nandi.

The holy tank (Pushkarini) inside the temple called Rudragundam is of sixty square feet with a Mandapa in the center. The water is so clear and pure that even a needle at the bottom can be seen clearly. There are nearly three pools in Mahanandi Temple. Two pools lie outside the temple. The third pool which lies within temple premises has uninterrupted water flow which originates from the basement of Garbha Gruha where main deity (Shiva Ling) is placed. The inlet and outlets of tank are built in such a way that the water level always remains at five feet high. Thus devotees can have a dip in this holy tank. Here devotees are allowed to offer prayers to Shiva Linga and touch the water underneath the Lingam in the main sanctum. There is a huge Nandi statue outside the Mahanandishwara Temple.

There is also a temple of Sri Kameshwari Devi, wife of Lord Mahanandishwara, situated to the south of the main temple. It was reconstructed in the year 1939. There is also another temple dedicated to Kodanda Rama which was built in 1953.

In the month of February / March, a week-long Mahanandiswara Festival is celebrated here with great joy and energy.

1 Must Visit Places in Mahanandi 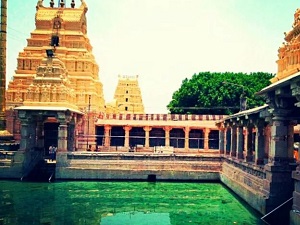 All Places to Visit in Mahanandi
All Mahanandi Tour Packages

Places to Visit in Mahanandi