At a distance of 35 km from Bankura, 50 km from Chhatna, 85 km from Kharagpur, 113 km from Purulia, 119 km from Hooghly, 136 km from Kolkata, 143 km from Barrackpore, 149 km from Jamshedpur, 163 km from Dhanbad, 187 km from Haldia, 216 km from Murshidabad, 565 km from Kurseong, Bishnupur is a small town located in Bankura district of West Bengal. Also called Vishnupur, it is one of the beautiful tourist destinations in India and among the famous heritage places to visit in West Bengal.

Bishnupur is famous among tourists, especially for its rich culture including architecture, music, and handicrafts. The history of Bishnupur dates back to 694 AD when King Raghunath I founded the Malla dynasty. The town is also referred to as Mallabhum, after the Malla dynasty, who once ruled this region for almost a thousand years. Bishnupur was the administrative capital under the reign of the Malla kings. It is believed that the town derives its name from the Hindu God, Vishnu as the Malla rulers were Vaishnavites. The legends of Bipodtarini Devi are associated with Malla Kings of Bishnupur.

Bishnupur is most famous for its beautiful terracotta temples. The Malla kings built grand terracotta shrines to celebrate their love for Lord Krishna sometime between the 17th and the 18th century CE. Each and every temple in this region bespeak of excellent craftsmanship and intricate carvings. The distinctive architecture incorporated various styles from the neighboring regions. Crafted from ...

At a distance of 20 km from Barrackpore, 48 km from Howrah, 50 km from Kolkata, 150 km from Haldia, 155 km from Kharagpur, 158 km from Midnapore, 177 km from Murshidabad, 469 km from Bhubaneshwar, 478 km from Tatanagar, 526 km from Puri, 531 km from Siliguri, and 589 km from Darjeeling, Hooghly is a historical city & district located in the Indian state of West Bengal. Also known as Hugli or Hooghly-Chuchura, it is one of the popular places of heritage in India and among the must include tourist destinations in West Bengal Tour Packages.

The town of Hooghly got its name from the famous river that flows through it. The name of the place is also spelt as Hugli & Hoogli. It shares its borders with Howrah in South, Bardhaman in North, River Hooghly flows in its East, and Medinipur in West. Between the 13th-15th centuries, the Hooghly town used to be an important sea route for the trade carried between India & other countries. Hooghly port was the place where the 1st cross-trade began between India & Portugal.

Dotted with several small but important towns, the district of Hooghly is among the few places in India that features remnant culture-based influences of several civilizations like Portuguese, Dutch and British. The Portuguese were the first to settle here in 1537 but were defeated by the Mughal armies in 1632. Hooghly was regarded as the first English settlement in Lower Bengal after the British East India Company set up a factory here in 1651. Later, it was abandoned ...

The ancient city of Nalanda is one of the popular places of heritage in Bihar and among the must include places in the Buddhist Circuit of India that also includes Bodh Gaya, Sarnath, and Lumbini. About 92 km from Patna, Nalanda is one of the greatest centers of learning in the ancient kingdom of Magadha in India as it houses one of the world's oldest and finest residential universities.

It is said that the Jain Tirthankara, Mahavira, spent 14 rainy seasons at Nalanda. Gautama Buddha too is said to have delivered lectures in this area and one of his two chief disciples, Sariputra, was born in the area. Today, it is a UNESCO World Heritage Site. The rich past of Nalanda can be ascertained by the fact that scholars from Tibet, China, Turkey, Greece, and Persia and students from far and wide came here to seek knowledge.

The Nalanda University has 'viharas' or monasteries, and 'chaityas' or temples. Although in ruins, the entire complex presents a pretty picture and is flocked by tourists day in and day out. Besides, Hiuen Tsang Memorial Hall, Archaeological Museum, the Great Stupa, Pawapuri, and Kundalpur are some prominent places to visit in Nalanda.

At a distance of 36 km from Puri, 61 km from Bhubaneswar, 111 km from Ratanpur, 394 km from Rourkela, 408 km from Jamshedpur, 462 km from Vizag, 482 km from Raigarh and 522 km from Ranchi, Konark is a small town in Puri district of Odisha along the coast of Bay of Bengal. Renowned world over for the Sun Temple, Konark is one of the top tourist destinations in Odisha and also one of the popular places of heritage in India.

The name Konark is derived from two Sanskrit words - Kona meaning angle and Arka meaning sun, in reference to the temple which was dedicated to the Sun God. Also known as the Black Pagoda, the Sun Temple was built in black granite during the reign of Narasimhadeva-I. The temple resembles the mythical chariot of the Sun God and is a UNESCO World Heritage Site since 1984. The temple is now mostly in ruins, and a collection of its sculptures is housed in the Sun Temple Museum, which is run by the Archaeological Survey of India.

Konark Tourism presents a multitude of attractions that fascinate tourists from all over the world. Konark Beach, Ramachandi Temple, Kuruma, Astranga Beach, Varahi Devi Temple at Chaurasi and Maa Mangala Devi Temple at Kakatapur are some popular places to visit in Konark apart from Sun Temple. Konark was also one of the few places in India to experience a total solar eclipse.

Besides the magnificent Sun Temple, Konark is also famous for Konark Dance Festival. This five day long cultural extravaganza is one of the most ...

Rajgir is an ancient city in the Nalanda district of Bihar. About 12 km from Nalanda, and 103 km from Patna, it is one of the popular places of pilgrimage in India and among the must include places in Bihar Tour Packages. Rajgir was the first capital of the kingdom of Magadha, until the 5th century BC when Udayin (460-440 BC), son of Ajatshatru, moved the capital to Pataliputra. Rajgir was the birthplace of the 20th Jain Tirthankara Munisuvrata and closely associated with the Arihant Mahavira and Gautama Buddha.

Set in a green valley and surrounded by rocky hills, Rajgir is a spiritual town with natural serenity in the form of dense forests, mysterious caves, and springs. Vishwa Shanti Stupa, Rajgir Hot Springs, Venu Van, Ghora Katora Lake, Veerayatan Museum, Swarna Bhandar, Bimbisar Jail, The Cyclopean Wall, Ajatshatru Fort, etc., are some of the top places to visit in Rajgir. Rajgir Dance Festival is one of the major and important events celebrated in Rajgir.

At a distance of 47 km from Bishnupur and 59.5 km from Bankura, Hadal & Narayanpur are the twin villages located in Bankura district of West Bengal. Situated on the banks of the Bodai River, it is one of the famous places to visit near Bishnupur.

Hadal and Narayanpur are situated side by side and belongs to the same administrative division. It is said that the village was first established by one 'Murokata' Chakraborty, who literally cut down trees to start up the village. The village is famous for the Mandal family terracotta temples that comprise of Barataraf, Mejotaraf, and the Chhototaraf temples.

The first temple that houses the idol of Bramhani Devi is not like the traditional structure. It was a modern flat-roofed structure with the entrance displaying a painting of Lord Shiva dancing with the body of Sati on his shoulder. Made of black 'Kasti Pathar', the idol of the goddess has four hands and surprisingly has a strong resemblance to south Indian idols. There are small female figures at the foot of the main idol. This statue is said to be from the Pal era of Bengal.

At Barataraf, there is a huge Rasmancha that resembles a 17 pinnacled terracotta structure near the entrance. One can find the sculptures depicting Durga and her family, Shiva's Marriage, Gaja Lakshmi and Lord Vishnu in Anantashyana pose here. The residence of the Barataraf of Mandal Family is painted yellow with a cylindrical shaped entrance. The windows at this entrance were like full-sized ...

At a distance of 22 km from Tarakeshwar, and 50 km from Hooghly, Radha-Govind-Jiu Mandir is an ancient temple located at Antpur in Hooghly district of West Bengal. It is one of the beautiful terracotta temples in West Bengal and among the well-known Hooghly Tourist Places.

Sri Radhagovindjiu Temple is one of the Terracotta Temple in West Bengal and the most famous temple in Antpur. The temple was constructed in 1786 by Shri Krishna Ram Mitra, the Diwan of Bardhaman Raj. It has Chandi Mandap and Dol Mancha and both are beautifully crafted wood carvings and terracotta. The main sanctum sanctorum of the temple houses a black stone idol of Lord Krishna.

This 100 feet high temple has exquisite terracotta carvings depicting stories from all the 18 Puranas. While Radha and Krishna are predominant in the carvings, there is also the goddess Durga, whose worship had been revived in a big way by Nabakrishna Deb of Shovabazar Rajbari in 1757. Besides the main temple of Radhagovindjiu are the temples of Gangadhara, Fuleswara, Rameswara, Jaleswara, and Baneswara.

Antpur was the village home of Baburam Ghosh (later Swami Premananda). The Ramakrishna-Premananda Ashram of Antpur has built a temple on the birthplace of Swami Pramananda.
Antpur is also the place where Swami Vivekananda and eight other disciples of Sri Ramakrishna took their vow of 'sannyasa' on 24 December 1886.

Most Popular Tourist Places in West-Bengal

Best Places to Visit in West-Bengal 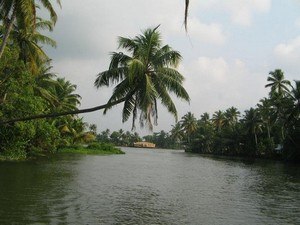