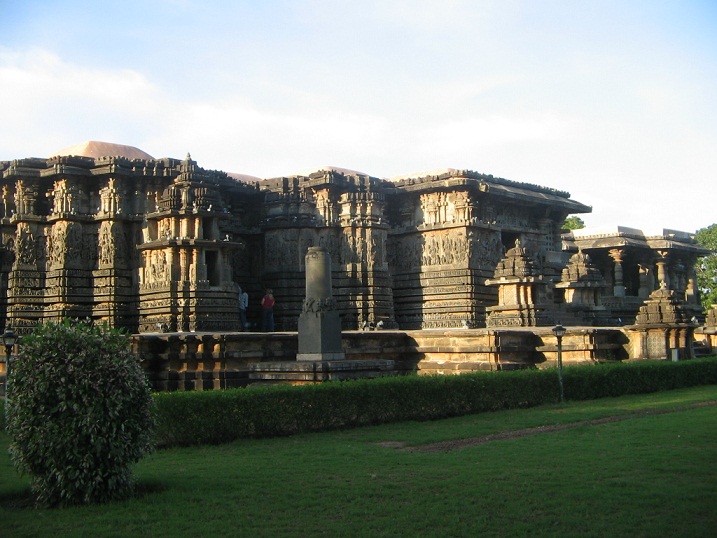 #1 of 7 Places to Visit in Halebidu

At a distance of 0.5 km from Halebidu Bus Station, Hoysaleswara Temple is an ancient Hindu temple situated at Halebidu. It is one of the prime places to visit in Halebidu, and among the popular places of heritage in Karnataka.

Built-in Hoysala style of architecture, this temple is listed in UNESCO World Heritage Site along with other Hoysala temples at Belur & Somnathpur. Built-in 1121 AD, the temple has two shrines, one dedicated to Hoysaleswara and another for Shantaleswara named after Shantala Devi, the queen of King Vishnuvardhana.

Standing on a star-shaped platform, the temple is made out of soapstone. Both the shrines are located next to each other with a common portico. The shrine comprises Shiva Linga which is still worshipped. The halls comprise huge images of Nandi, the attendant of Lord Shiva.

The temple witnessed destruction & loot by the Muslim invaders in the 14th century. This remarkable structure has been acclaimed as a perfect example of Hoysala architecture. The exterior walls of the temple have splendid stone sculptures & extensive carvings.

1 Must Visit Places in Halebidu 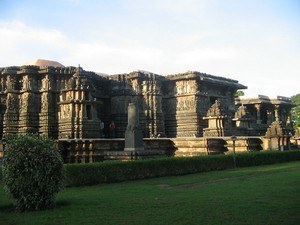 All Places to Visit in Halebidu

Places to Visit in Halebidu