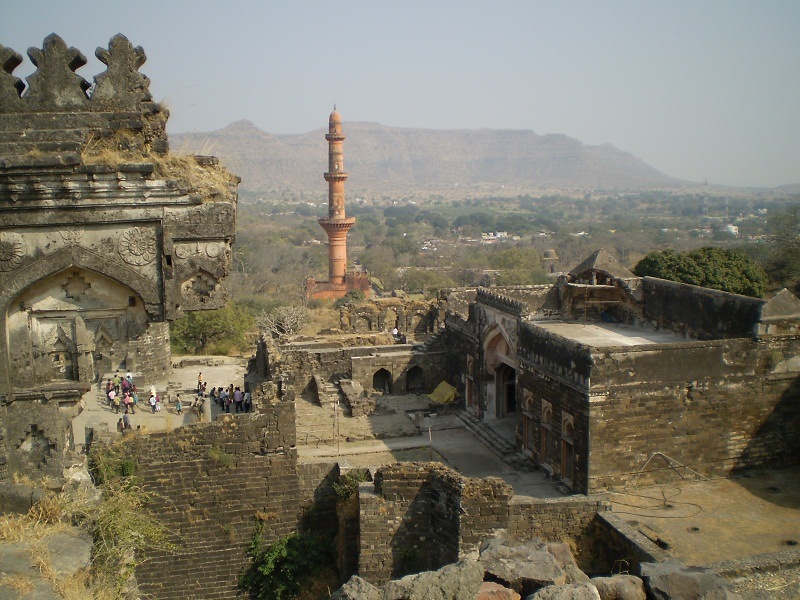 #2 of 13 Places to Visit in Aurangabad

Place Location: On The Way To Ellora Caves

The historical triangular fort of Daulatabad was built by Yadava king Bhillama V in 1187 AD. It is one of the best historical places near Pune. The city was then called 'Deogiri', meaning the hill of gods. Daulatabad or 'the abode of wealth' was the name given by Muhammad-bin-Tughlaq when he made his capital here in 1327 AD. The region and the fort passed on into the hands of Bahamani rulers under Hasan Gangu in 1347 AD and Nizam Shahis of Ahmednagar in 1499 AD. Daulatabad became the capital of the Nizam Shahi dynasty in 1607 AD. The fort passed several hands, captured and re-captured by the Mughals, Marathas, Peshwas, and finally placed under the control of the Nizams of Hyderabad in 1724 AD till independence. It is one of the most visited places as part of Aurangabad tour packages.

Daulatabad Fort was one of the most powerful forts during the medieval period. Built on a 200 m high conical hill, the fort was defended by a moat and a glacis. The fortifications comprise three encircling walls with bastions at regular intervals. The moat is 40 feet deep with mechanical drawbridges and filled with crocodiles. The entire fort complex consists of an area measuring approximately 94.83 hectares. The combination of hill and the land fort is divided into small sectors encircled by fortification walls. The fortified Ambarkot is planned for common people. Mahakot area having four distant lines of enclosure walls served the residential area for the higher class of the society. The Kalakot is the royal residential area with a double line of fortifications.

The fort was enlarged and structures were added subsequently as the fort passed on from one hand to the other. It consists of structures like stepped wells, Kacheri (Court) building, Bharat Mata Temple, Hathi haud, Chand Minar, Aam Khas, Royal Hammam, Chini Mahal, Rang Mahal, Andheri, Baradari, water cisterns, and 10 unfinished rock-cut caves belonging to the Yadava period. Chand Minar is a soaring tower inside the Daulatabad Fort, which rises to a height of approximately 30 m. It was erected in 1447 AD by Ala-ud-din Bahmani to commemorate his capture of the fort. The four-storied tower was adorned with glazed tiles and carved motifs. It is believed that Chand Minar was used as a prayer hall or a victory monument in earlier times. Baradari was the favorite summer residence of the Mughal emperors.

Devagiri is on the outskirts of Aurangabad. There are many buses, cabs and autos are available from Aurangabad to Daulatabad Fort. It takes 3 hours to visit major parts of the fort. There is lot of walking/trekking inside the fort and is suitable for physically active visitors.