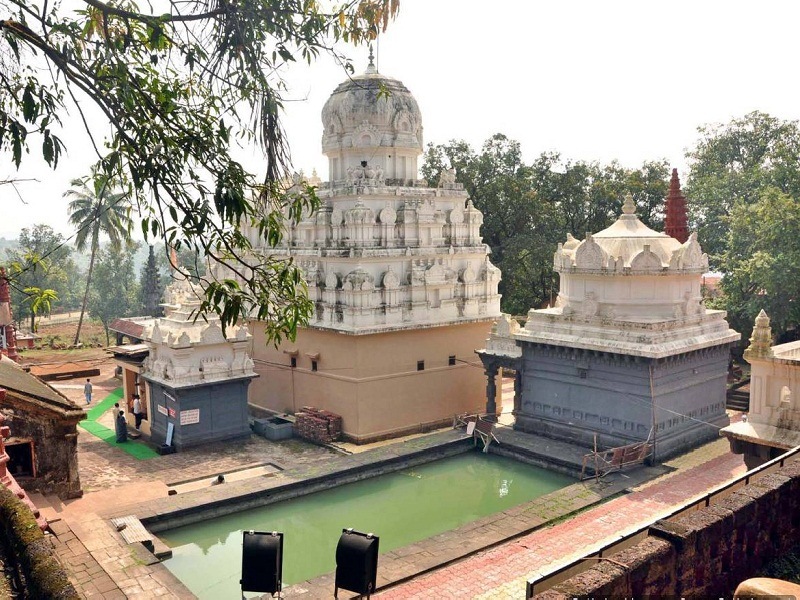 At a distance of 8 km from Chiplun, 49 km from Guhaghar, 97 km from Ganpatipule and 98 km from Ratnagiri, Parshuram Temple is an ancient temple situated near the town of Chiplun on Mumbai-Goa National Highway in Maharashtra.

Parshuram Temple, also known as Shree Kshetra Parshuram, is a temple of Lord Parshuram, the sixth avatar of Vishnu in Hinduism. The temple was constructed by the Portuguese and the funds for its construction were provided by Janjirekar & Siddi. The temple was rebuilt by Swami Paramhansa Brahmendra. He was the Guru of Siddi Yakut khan of Janjira, Kanhoji Angre of Kolaba, Peshwa of Pune, Chhatrapati Sahu Maharaj, Tararani of Kolhapur.

According to the legend, Parshuram is an immortal avatar. After he rid the earth of all the Kshatriyas twenty-one times, Parshuram donated the entire earth to Maharishi Kashyap, thus he could not reside on that land. Parshuram shot an arrow in the Arabian Sea, and reclaimed the land of Konkan. Parshuram chose the Mahendragiri peak (in the village also named Parshuram) from this land for his permanent residence. This is the place where the temple is located.

The temple has a splendid architectural beauty, which incorporates both the Hindu and Muslim style of architecture. The temple is surrounded by stone walls and Kal, Kam and Parshuram idols are present in the sanctum sanctorum of the temple. These three idols were brought here 300 years ago by Brahmendra Swami. There is also a temple of Goddess Renuka behind the Parashuram Temple. It is believed that Parashuram's powerful five arrows created the primary water source here, which is officially called as Banganga Lake. There is a huge ceremony to be held on the day of Parshuram Jayanti (i.e. Akshaytrutiya). Thousands of devotes gather for the occasion.

Sawatsada Waterfall is waterfall and is the main monsoon attraction in the Chiplun region, which is located 4 km from the Parshuram Temple.