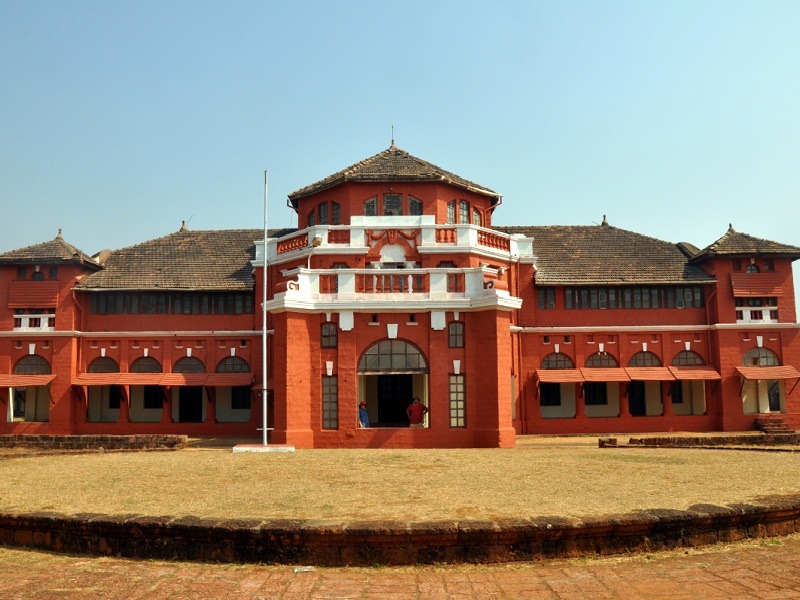 #4 of 20 Places to Visit in Ratnagiri

At a distance of 2 km from Ratnagiri Bus Stand, Thibaw Palace is a historical building situated on a small hillock in Ratnagiri Town of Maharashtra. This is one of the major tourist attractions of Ratnagiri.

Thiba Palace is an architectural grandeur that was created for King Thibaw of Myanmar (Burma) who was in exile here. It is said that the Palace was built by the British in 1910 to keep the king of Burma under house arrest. The palace came into use from 1910 up to the king's death on 16th December 1916.

The palace is a beautifully constructed three storied structure with sloping roofs. Semi-circular wooden windows with beautiful carvings are the main attraction of this structure. There is a dancing hall with marble floor on the first floor. One Buddha idol is installed at the back side of the palace. This idol was brought to India by king Thibaw. Presently the palace is maintained by ASI and it is currently under renovation. There is also a museum in the palace which displays the various artifacts used by the king during his exile.

Thiba point, a popular view point, is situated near the Thibaw Palace. One can have a mesmerizing view of Someshwar creek, Bhatye Bridge and Arabian Sea from this point. This place is also famous for the beautiful Sunset.