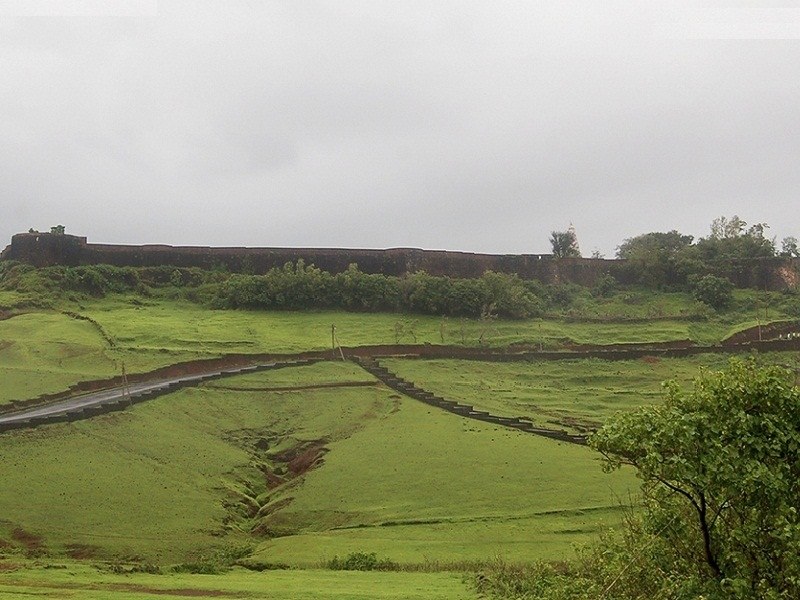 #5 of 20 Places to Visit in Ratnagiri

At a distance of 4 km from Ratnagiri Bus Stand, Ratnadurg Fort is a historical fort situated on the shores of the Arabian Sea in Ratnagiri. It is one of the popular forts in Maharashtra, and among the top Ratnagiri places to visit.

The fort of Ratnadurg was constructed during the rule of Bahamani Sultans. It was captured by Adilshah and then Chhatrapati Shivaji conquered the fort in the year 1670 AD. Later, the fort was controlled by Kanhoji Angre, and later handed over to Peshwas. The British captured the fort from the Peshwas in the year 1818 AD. It is among the must-visit places during your Ratnagiri trip.

Spread over a vast area of 120 acres, Ratnadurg Fort was once a stronghold of the Maratha Empire. The fort was used as a watchpoint for keeping vigil on the pirates. Ratnadurg Fort is in the shape of a Horse Shoe with a length of approximately 1300 m and a width of 1000 m. The fort is surrounded by the Arabian Sea on three sides. The fort is divided into three parts - the upper fort or Balekilla, the middle Peth Fort, and the Parkot. Among these, Peth Fort is in ruins and the Parkot, the largest one, accommodates the Ratnagiri Lighthouse.

There is a tunnel that joins the upper and lower forts. There are several bastions in the fort which are named Ganesh, Markya, Baskya, Vetal, Khamakya Rede, and Vagha. Few parts of the fort walls are still intact and show the ability to withstand the waves of the Arabian Sea. There is a beautiful temple of Goddess Bhagawati in the middle of the fort. Due to the presence of the Goddess, the fort is also named Bhagawati Fort. Every year devotees celebrate the festival of Navaratri at the Bhagawati temple premises. The fort also has shrines to Lord Hanuman and Lord Ganesha.

There is an old abandoned jetty on the left side and a huge cliff on the other side. Viewing the Sunset from this fort is a major attraction for tourists. Another wonderful attraction in the fort is the marvelous lighthouse. The lighthouse presents a beautiful view of the Arabian Sea at the time of sunset.

The best time to visit this fort is during the monsoons. Lush greenery along with the blue sea creates a mesmerizing view.